Let’s not fool ourselves racing is a polite way to get into a fight and test ourselves, but off-road racing is no one-on one fist fight, it’s a war. It’s you and your team fighting against hundreds of other teams, throngs of crazed spectators, mechanical failures, dozens of other unforeseen variables and most importantly it’s a battle against Baja. Just when you think you have every possible scenario figured out and provisioned for Baja will reach out and slap you down.

Just like in war it’s not a matter of if things will go wrong, it’s how you deal with those challenges that will define your race.

The course for this years 50th anniversary of the Baja 100 runs from Ensenada to La Paz and is a perfect mix of brutality and beauty. It has everything for high speed grades rally roads, to rough rocky sections, to relentless whoops, to massive silt beds. After pre-running the entire 1,134.4 miles I can tell you first hand this race will be nothing short of spectacular.

The field is stacked. 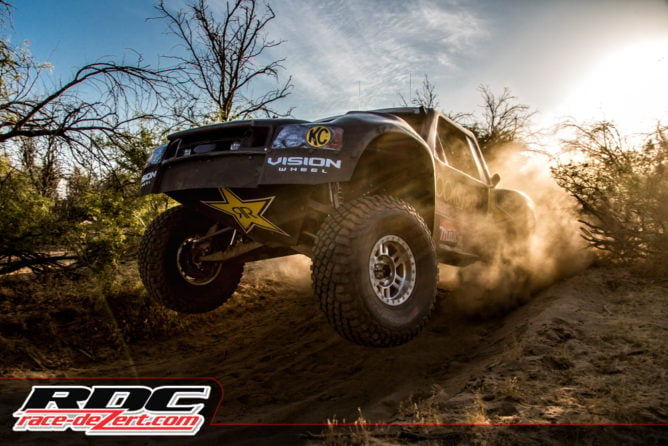 Rob MaCcachren & Jason Voss
Rob is the greatest off-road racer of all time and right now he is in his prime as a off-road racer. His teammate Jason Voss is a beast and on a tear. If these guys can put a fourth Baja 1000 win on their resume it would be a new record. These guys are favorites to win, but anything can happen in baja, and it usually does. 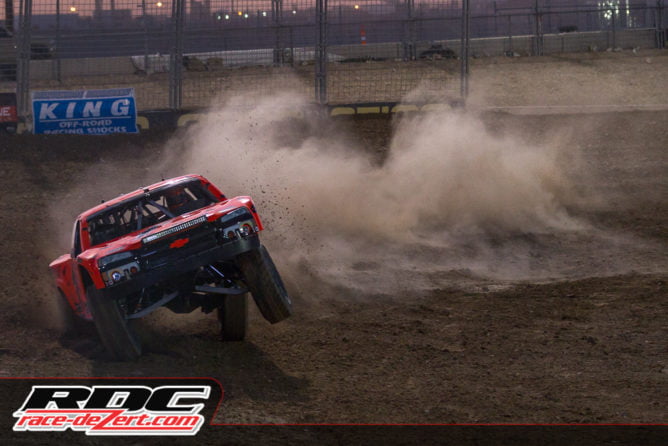 Robby Gordon
Robby can win any race at anytime, but he has an increasingly busy schedule and his 9 year old son Max is racing in the UTV class with Sheldon Creed so we will see if Robby is prepped and can remain focused. He has done his homework pre-running the entire course four times in the Gordini. He is alos sharing driving duties with seasoned veteran Damien Jefferies. with Robby qualified on the pole so he will set the pace which will undoubtedly be brutal, let’s see if he keep the lead the entire way. It would be a nice tribute to his late father and off-road legend Bob Gordon. 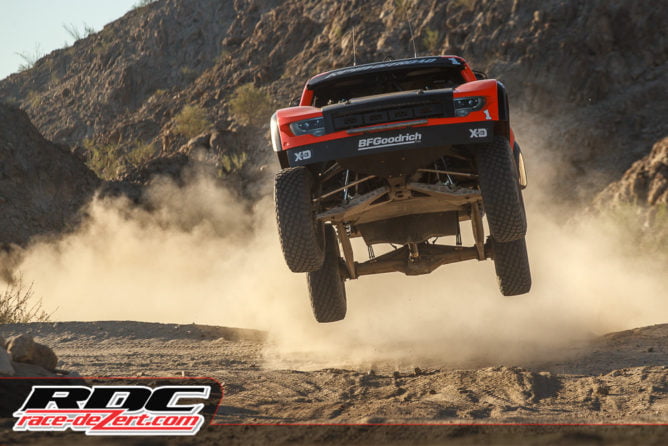 Apdaly Lopez and Carlos Lopez
Apdaly is a maniac. If he can keep a truck under him and hit all his checkpoints he could definitely win. Teamed up with his father Carlos who has a ton of experience racing in Baja Apdaly just needs to run a little bit more of conservative pace and he will be there at the end. 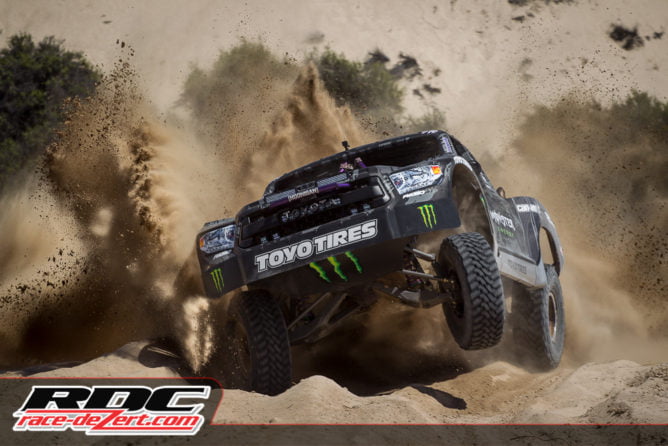 BJ Baldwin & Rody Amaya
BJ is a savage when he is on, but he hasn’t been on since his 2013 Baja 1000 win. He has been doing his homeworks and is due for a win. He also is splitting the race with Rody Amaya who has been killing the field in the mexican races in south Baja so he knows the south course well. 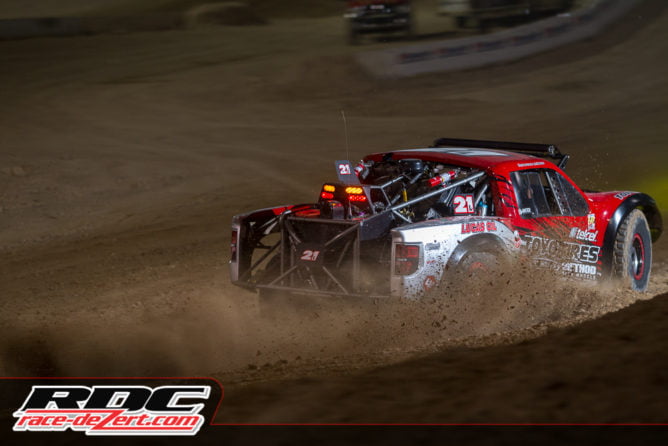 Andy McMillin & Tavo Vildosola
Andy and Tavo have both won this race before, and they are backed by the well oiled machine of TSCO racing. These guys qualified well by putting short course young gun Brandon Arthur in the truck. Tavo’s psycho driving style contrasts well with Andy’s calm driving style. This team could very well be the perfect mix and are definitely a threat for the win. 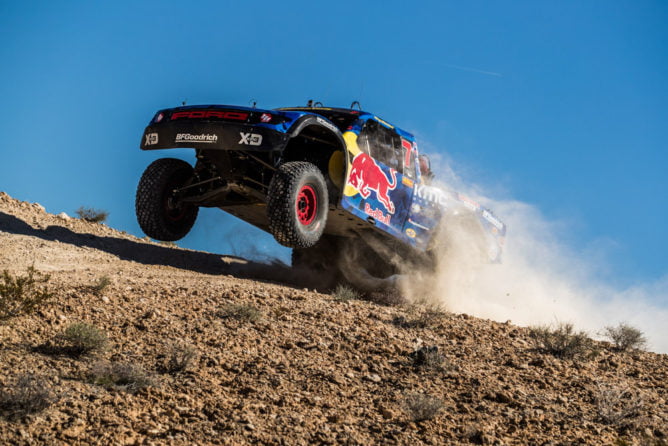 Bryce Menzies & Jesse Jones
The odd couple of off-road racing Bruce and Jesse are definitely due. Jesse has pre-run his section five times and taken meticulous notes. Bryce has done the same with his bad ass co-driver Pete Mortensen. Both have won a lot of races, but never the Baja 1000. These guys are prepared for long war. 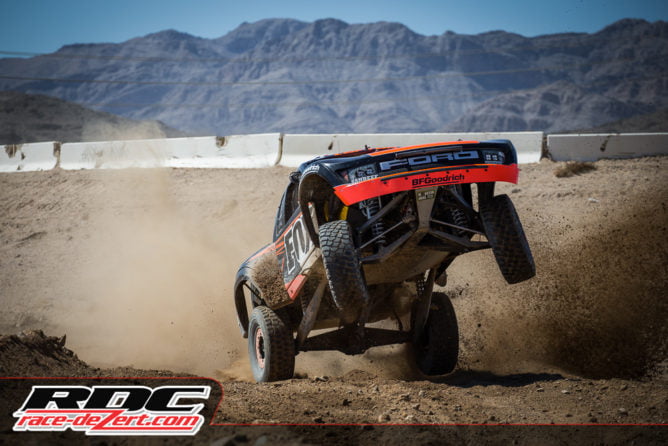 Justin Lofton
Justin is fast and although he doesn’t have much time in Baja, he could pull off a win. He has won the Mint 400 twice against the deepest field in off-road history. He is not lacking driving talent in any way, his JIMCO built and prepped Trophy Truck is ready, the question will be with little Baja experience is his gameplan good enough? He is splitting driving with Matt Loiodice of JIMCO who has a ton of race experience in Baja in multiple classes.

All this being said, all these guys could break and somebody from the back could take it. I mean look who is in the field! Harley Letner, Ricky Johnson, Luke McMillin, Dan McMillin, Armin Schwarz, Troy Herbst, Troy Herbst, Cameron Steele, Justin Matney, Gustavo Vil and Steve Strobel. 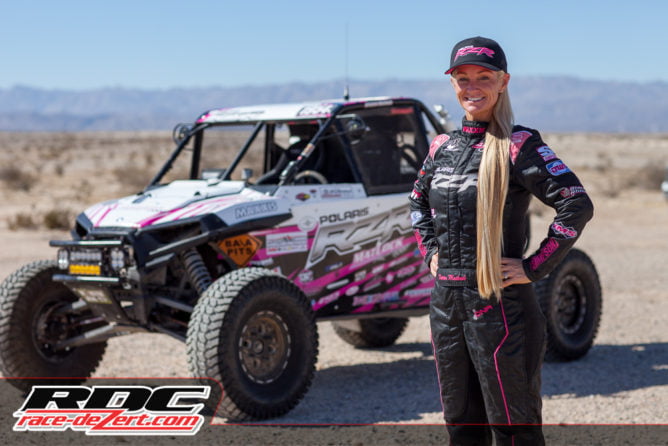 Over 30 Women Racing the Baja 1000!
Also noteworthy are the amount of women racing at this years Baja 1000. I will start with Kristen Matlock, she is a straight up bad ass! Coming off a class win at Vegas to Reno Kristen iron(wo)maned the Baja 1000 last year and finished 2nd in class. This year she will be driving the entire way iron(wo)maning it! TV star, racer, and fabricator extraordinaire Jessi Combs will be also iron(wo)maning in trophy truck as well.

Italian rally racer Christine GZ and her spanish co-driver Luy Galan will be racing in the UTV class driving the first and last section for team dynamic.

One thing is for sure, with a field of over 300 racers there will be some epic stories of glory and failure.

Have a safe race, we will see you in La Paz! Pedal down!

Follow the race here on race-dezert.com as the war unfolds!