Wayne Lugo, businessman, father, husband, and race car driver. His day starts before the sun comes up and lasts till it goes down. Wayne started Robinson Calf Ranch 29 years ago and is still loving it. Day in and day out he has thousands of cattle, hundreds of employees, and ten kids relying on him, it comes as no shock that he has a hobby!

Between all of the sports activities and livestock shows it’s hard to find time to hit the dessert, however that hasn’t stopped his need for speed. As fun as racing around a ranch in an F350 is, the horse power and well overall handling doesn’t come close to his Trophy Truck. Wayne has raced for over 15 years, but this new truck Designed by Mark Newhan, is much more than a trophy truck. For the first time he will be racing with his son Kolbe Lugo. The adrenaline, desert, dirt, horsepower, and speed are all incredible and racing is nothing short of amazing, yet it’s much more than that to Wayne. It’s the people that really make it worth while. From his son being his co-rider to his pit crew and family cheering him on, there isn’t anything like it. Wayne along with Kolbe, family, and pit crew will be rocking their bad ass ride in the desert before long. 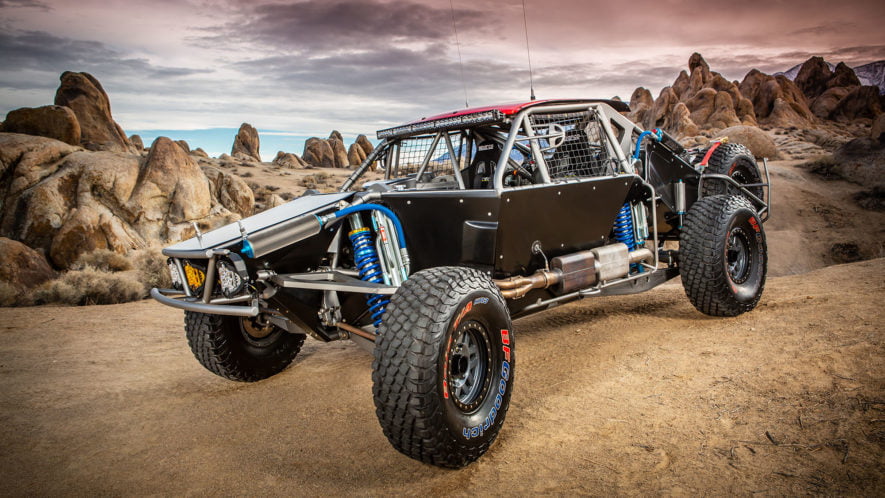