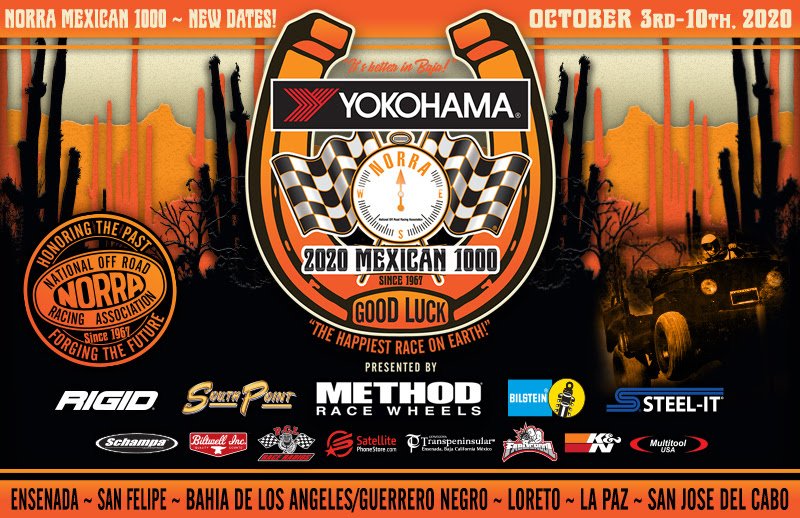 Welcome to “The Happiest –
and Most Diverse – Race on Earth!”
Determine Your Vehicle’s Era. 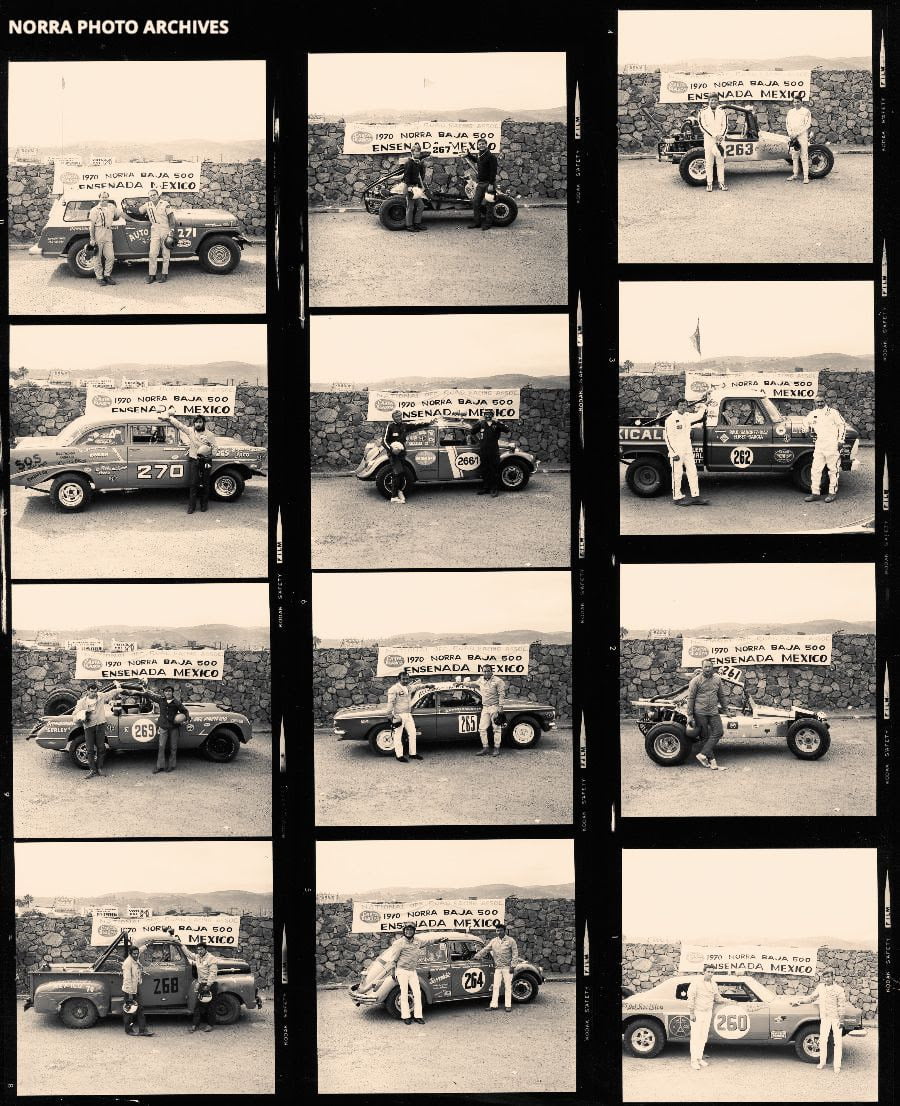 AGUA DULCE, CALIF. – The Yokohama NORRA Mexican 1000 “Celebrates the Past, while Forging the Future.”  No other race has a more diverse field of cars, trucks, buggies, motorcycles, and UTVs competing. Entries span the entire history of over 50 years of offroad racing. In order to accommodate such a diverse collection of race vehicles, the overall classification structure is determined by the era of racing the cars competed in. That way, competitors can be matched against similar cars that all have the same technology. Once your vehicle’s era is determined, the classification is further refined according to whether it’s a car, truck, or buggy. UTVs are classified by stock or modified, and naturally aspirated or turbo charged. The motorcycles, and ATVs are similar, but with several classes that cater to the age of the rider (50+ Vintage Dudes), or even country of origin like in the Classic British Thumpers class. No matter what you bring to NORRA, there will be a class for you. This year marks the return of the Vespa class. Vespa racing is popular in Europe, and Vespa racing team Tutto Mondo is coming to the Mexican 1000 this year. 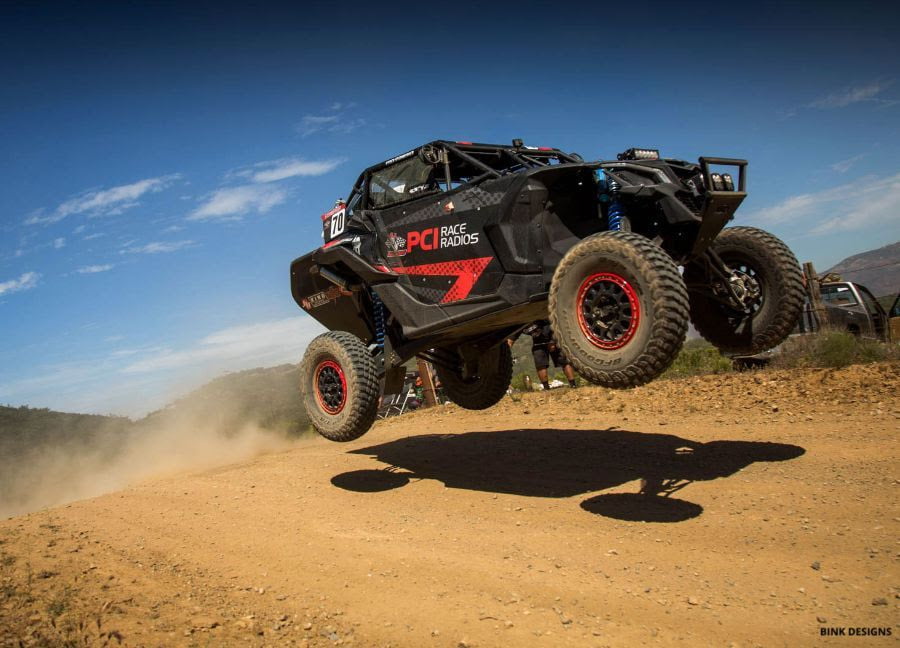 NORRA’s class structure has seen all kinds of race vehicles, both in the past, and today. We mentioned the Vespa’s, and the Classic British Thumpers, but they also have a class for RVs. Back in 1969, luxury motorhome manufacturer Condor Coach enlisted the help of legendary car builder Bill Stroppe to modify one of their motorhomes to race in the NORRA Mexican 1000. The 11,000 pound beast was named the Debbie Special. It was heavily modified by Stroppe, but still contained its creature comforts; including the kitchen sink. The motorhome ran on propane, and carried 80 gallons of fresh water. They managed to finish, but only with several repairs, and 42 hours after the cut off time.

This year GoWesty is back racing in the RV class with their VW Westfalia Syncro van with pop-up roof. In 2018, we had 2 Westfalias entered. They both finished well within the cut off time in 130th, and 131st place overall. They beat the Condor’s time by 30 hours or so. The win went to GoWesty’s Segismundo Lucas Valdes. In 2019 he was back, and shaved 2 hours off his winning time. This year he is going for 3 in a row. The VW van is painted with chalk board paint so fans can write messages on it during each overnight stay along the way. Every competitor strives to win, but just as important is to have fun while doing it.

Car, Truck, and UTV competitors are placed in the following eras. Pioneers; 1967 thru 1975. Legends; 1976 thru 1982. Challenger; 1983 thru 1988. Vintage; 1989 thru 1997, and/or 20 years old. Historic; 20 years old tube frame trucks and truggys (Trophy Trucks). Finally the Evolution Era is for modern race vehicles. According to the rule book section 6.1, the Exception Rule is for all Eras and Classes. An exception may be made for authentic vehicles that can document they had technology which these rules ban from a given Era. Examples would include Big Oly which was essentially a Trophy Truck in 1970, or cars that ran Mickey Thompson 36″ tires as early as 1976. Exceptions will not be made for Tribute builds nor for undocumented vehicles. (Tribute builds must follow the technology limits). Exception requests must be sent via email, with documentation attached, to [email protected] no later than 90 days before the event to be considered for a waiver. There were many innovative cars and trucks racing back in the early days. Go find one and restore it! 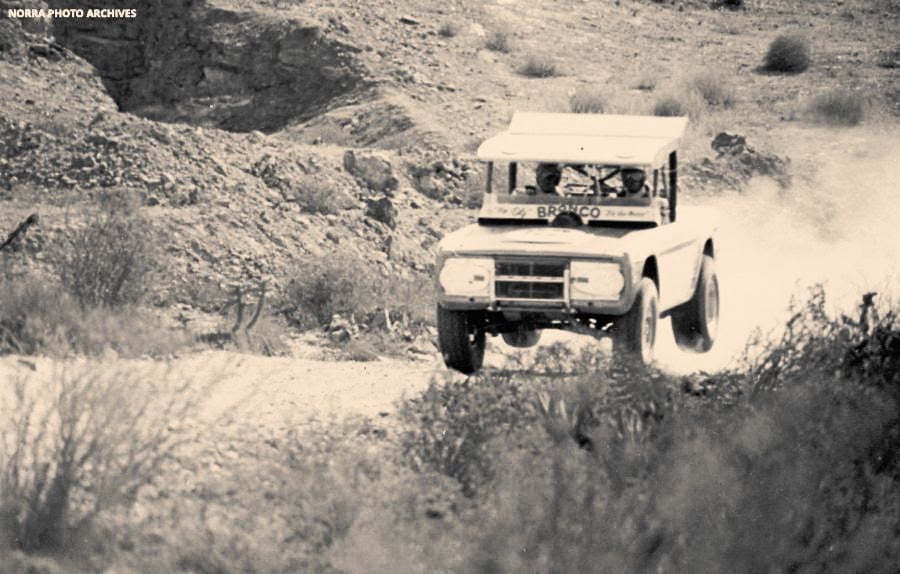 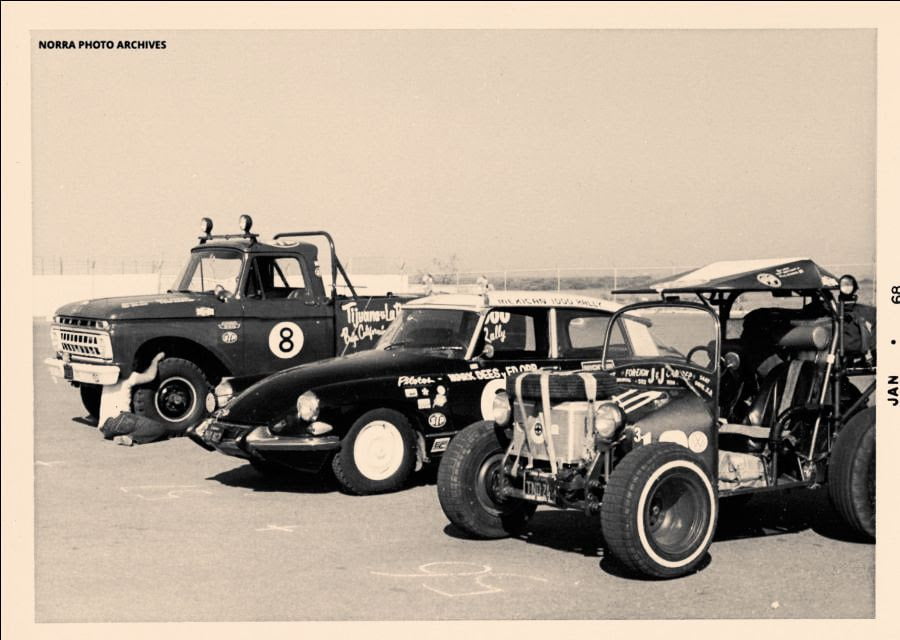 NORRA also has the SAAVY Safari class which is for daily driver type vehicles. The Safari class is a guided tour that follows parts of the race course, but also takes in some points of interest, and great tacos along the way. This year racing icon Curt LeDuc will be guiding the tour. Not only does Curt Know Baja well, but he is an excellent guide and story teller. It’s always a great time in the SAAVY Safari class. 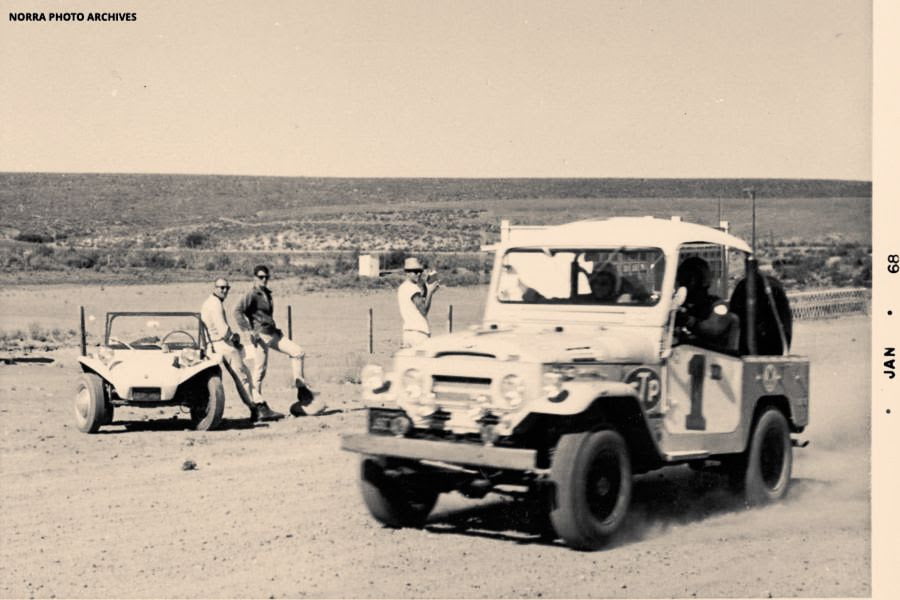 NORRA Mexican 1000 competitors take part in an incredible event, and become seasoned Baja travelers along the way. The rally begins in Ensenada, and winds back and forth between the Pacific Ocean, and the Sea of Cortez on the way down to the finish in San Jose Del Cabo. They experience the unique charms of Ensenada, San Felipe, Bahia Los Angeles/Guerrero Negro, Loreto, and La Paz during overnight stops that allow them to slow down, celebrate the day, and recharge for the next day’s stage. Remember, the goal is to have fun; it’s not a torture test. Many people note the unique spots they pass on the trip down, so they can spend even more leisurely time at those favorite spots on the drive home. 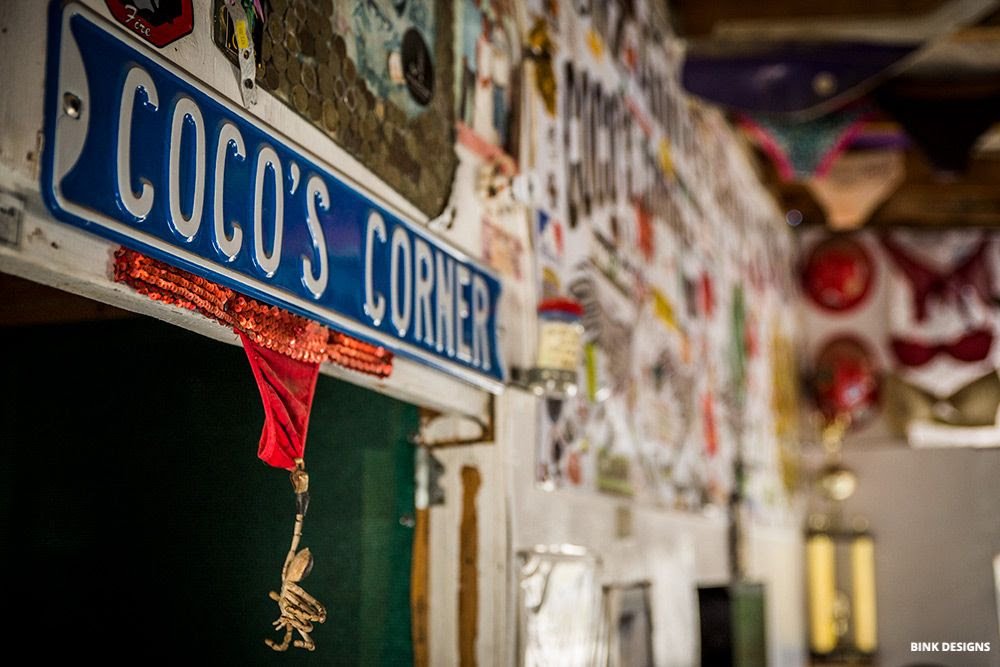 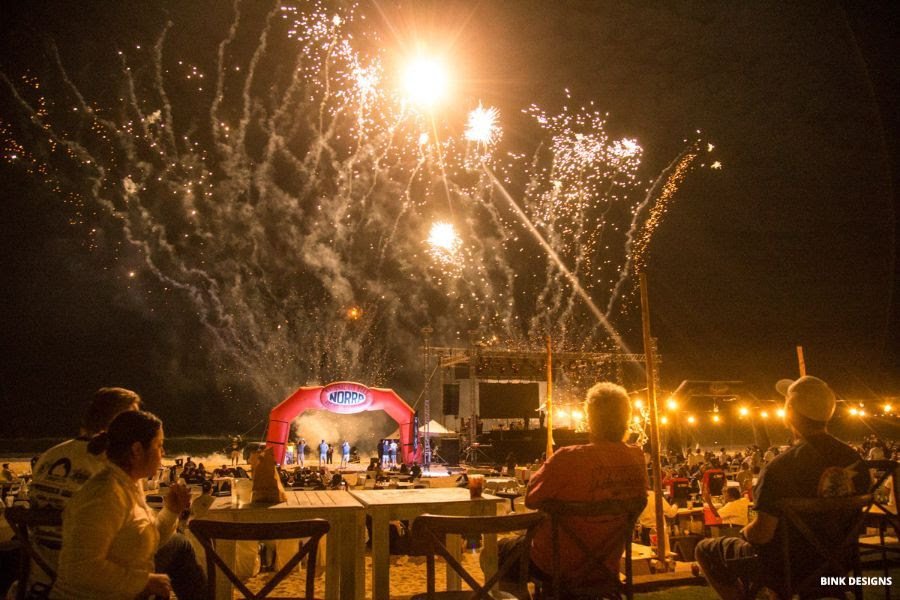 You can sign up today and join in on all the fun and adventure. Everything you need to know about the Mexican 1000, and Mexican 500 can be found at www.norra.com. Go to the site and find out for yourself why NORRA has exploded in popularity. You can experience the same wonder and sense of achievement those early thrill seekers sought in the 1960s today when you join NORRA in Baja. NORRA events honor the past, while forging the future. Don’t miss out on the fun. 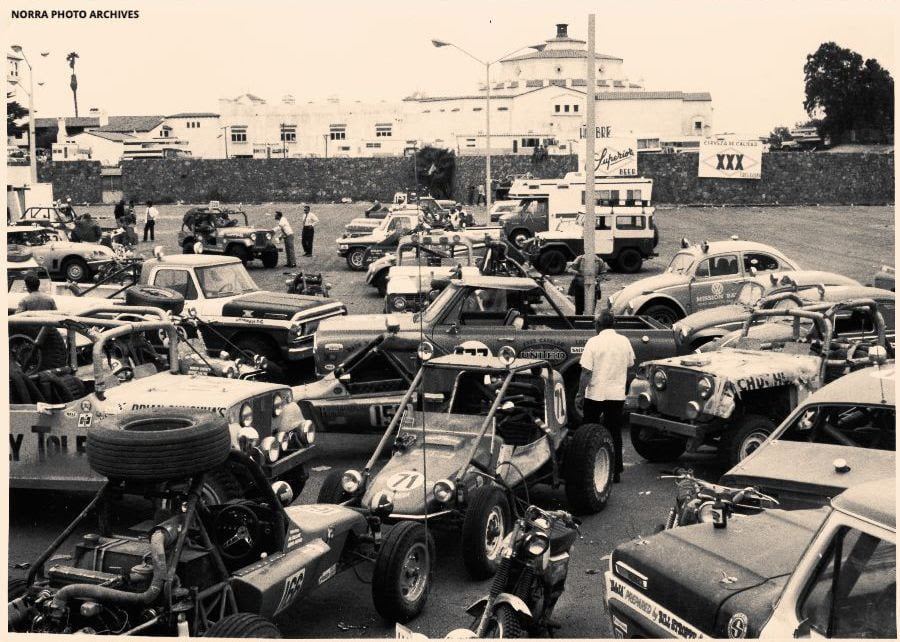