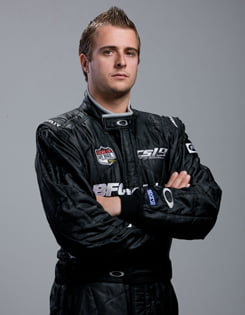 It has begun. Thousands of young people are seeing short course off-road racing and they want to race. The most affordable class in trucks is Pro-Lite. Enter Corey Sisler. In less than two years this kid has gone from being nobody in the pro-lite class, to a regular podium contender at every race. Who is this Corey Sisler and where did he come from? That’s what Race-Dezert.com wanted to find out.

Like a lot of kids from Southern California, Corey Sisler was raised surrounded by racing; Off-road, motocross, pavement, and dirt track. Hailing from Temecula, CA, Corey was born right into the Mecca of racing. Within minutes of multiple racetracks, it was a natural progression for Corey to start racing competitively. Corey started off racing in the ultra competitive world of Shifter Carts and racked up lots of local wins. He quickly moved to asphalt oval racing, then dirt oval racing, to motocross, but it was in 2009 when he went to the Lake Elsinore Lucas Oil Off-Road Racing Series he

discovered the exciting world of off-road short course racing. “It had everything I loved. Door-to-door racing with jumping and sliding on dirt. I thought I could do well at this aggressive form of racing, so I went right home and started making phone calls to find a Pro-Lite truck to race.” stated the young upstart. 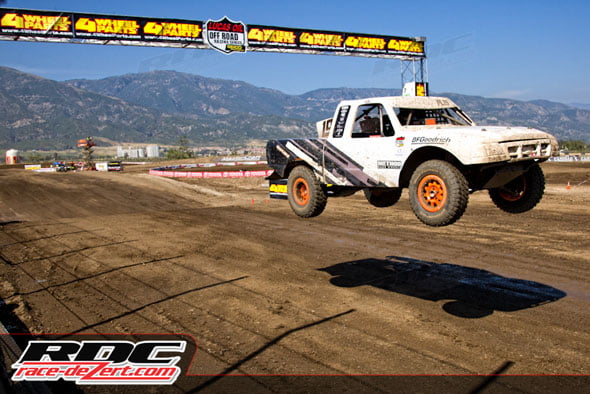 Competitive by nature, Corey jumped right into the stacked Pro-Lite class and qualified 2nd fastest at his very first race. As the season unfolded, Corey went out and valiantly battled against the field of seasoned competitors proving he was willing to earn his spot on the podium. Mid-way through the season,Corey decided an upgrade in equipment would help him achieve the results he was after. “The new truck and that made a huge difference. When you have confidence in your vehicle, you feel like anything is possible,” stated Corey.

After Corey moved to a better vehicle, the results started improving right away. In 2010, he finished his first year in Pro-Lite with one podium and 8th in points, not bad for his rookie year. After practice in the off-season and acquiring an upgraded Pro-Lite, Corey has been consistently running in the top five and has already recorded three podiums. 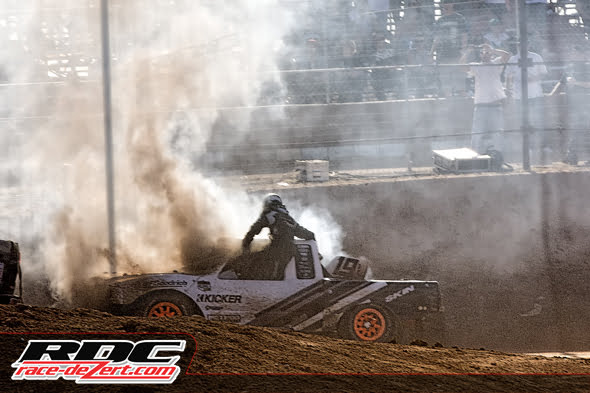 During Round 3 of The Lucas Oil Off-Road Series, Corey battled his way to third only to have his truck catch on fire a lap from the finish. Undeterred, Corey made it to the final turn before the truck quit and he coasted across the finish line engulfed in flames, while managing to hold on to third! The Arizona crowd went wild with astonishment! “I didn’t care if the whole truck burnt down! I wasn’t going to quit!” stated Corey.

With plans to race both Pro-Lite and Pro-2 classes, expect to see a lot from this 23-year old upstart. “I love short course racing and I want to race against the best and continue to improve,” exclaimed Corey. Let’s see how many kids follow Corey’s lead and start racing pro-lites. 50 to 100 trucks every race would be pretty cool.

Video Directed by The Martelli Brothers, Produced by Mad Media

D
Kilian Hamlin
Awesome video, genuinely great driving. He will soon be one of the long-time giants of the sport.