Chandler, AZ
As the Stronghold Motorsports team arrived in Chandler, AZ at the Wild Horse Pass Motorsports Park, coming to the Lucas Oil Off Road Racing Series (LOORRS) halfway mark…the team was focused on continuing the podium highs from the Wheatland tripleheaders. In his Prolite rookie year, Madix “Madman” Bailey had set his sights on finishing this tripleheader with another round of podium’s. As the team would soon learn, perseverance was going to be the key to finishing in a decent spot in the points at the newly redesigned Wild Horse short track.

With the newly redesigned track, it proved that consistency and perseverance was going to push Madix to learn some new lessons and overcome some challenges. After a violent rollover during practice that looked as if the weekend hopes and dreams of podium finishes might be halted, Madix was able to come back and qualify the #29 truck in the 5th position on the 3rd row for the 6th round. The challenges didn’t stop during round 6, as the front stretch proved to be one of the toughest parts of the track, with 2 roller jumps and a long table that constantly sent the #29 truck chasing it’s rear end…a gearing swap later proved to be beneficial for the team as Madix was able to salvage a 3rd place podium finish despite all the challenges he and the team experienced.

Going into round 7 on Saturday, the team experienced additional challenges for the #29 when Madix started the race in 4th, but quickly got pushed back to 6th. The track was wet and slick and much of the race was a chocolate cake mess, Madix Madman Bailey pushed forward and ended the 7th round with a solid 4th place finish. Not the podium finishes that Madman has become used to, but decent nonetheless and consistent.

The Stronghold Motorsports team #429 JR2 Kart driven by the talented Irie Bailey, started off Round 6 with a solid 6th place finish, battling amongst some of the fastest kids in her age range.

A closer look at the dirt during practice, couldn’t be outdone by Madix, so the always competitive #429 JR2 Kart driven by Irie Bailey, wanted to get a closer look as well. While working her way towards the front in Round 7 of the series, Irie flipped the #429 and unfortunately finished last place. Luckily, she and her JR2 Kart weren’t in bad shape and were able to make the big show the following day.

Round 8 of the series for Irie, who started in the last position took a solid 5th place finish after starting at the back of the pack. She fought hard and raced her heart out.

Starting in 4th position for the 8th Round of the LOORRS series for Madix “Madman” Bailey, one turn into the first lap and Madix made his way to the 1st position, where he led nearly the entire race. A caution on the last lap, Madix was passed for the lead and shortly after the race was over with the Madman claiming another podium atop the 2nd place finish box. 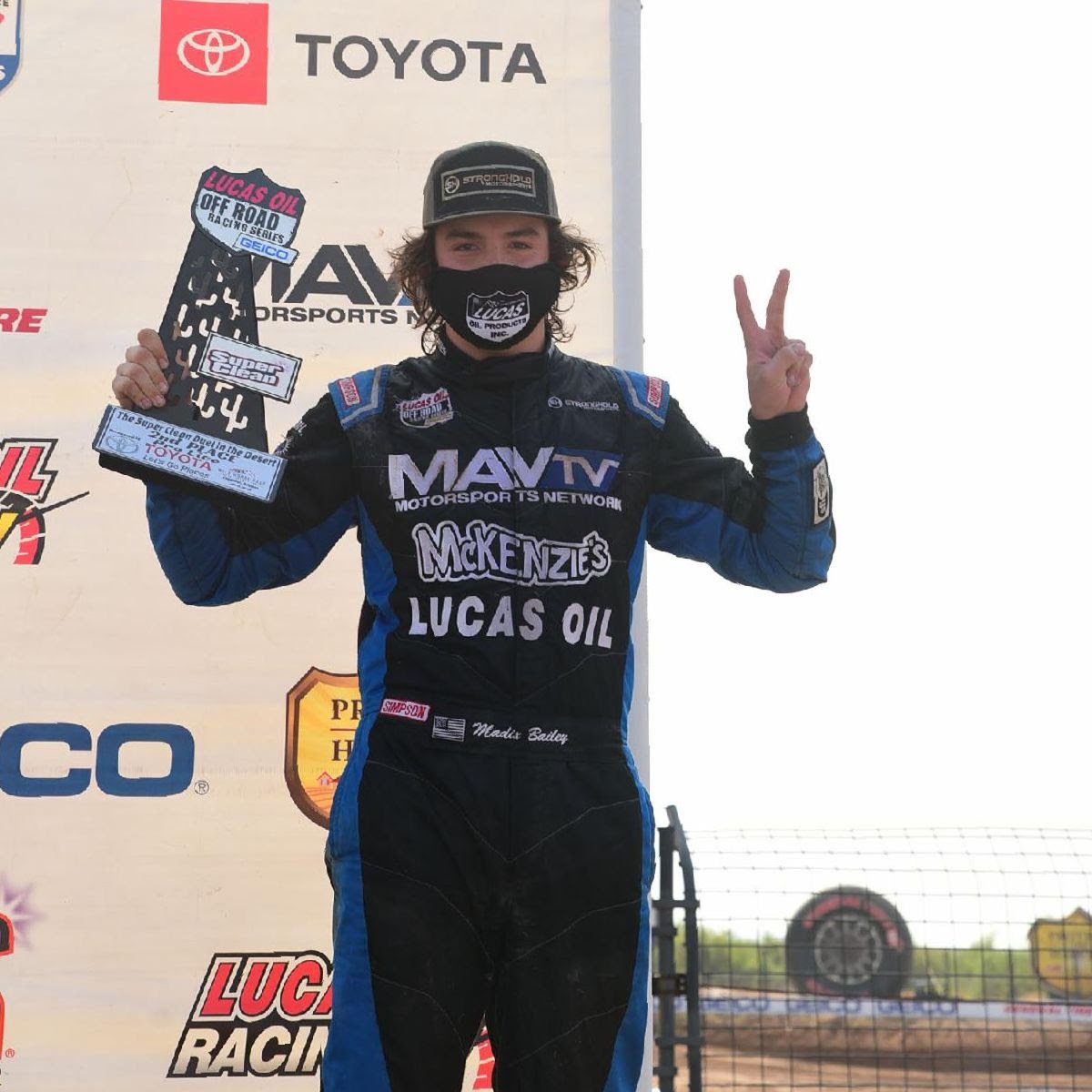 Madix “Madman” Bailey on this 2nd place win and the overall goals of the Stronghold Motorsports #29 Team,
“Looking back on Rounds 6-8 at Wild Horse, I see some areas for improvement and the lessons learned will help me capitalize on those mistakes as we head into the final rounds of the Lucas Oil Off Road Racing Series, I’m excited to see what happens in Glen Helen!”

A SPECIAL THANK YOU TO OUR SPONSORS!!