The coolest thing about Redbull’s Frozen Rush is that it takes Pro-4’s (Arguably the most dynamic vehicle on the planet) into a totally unique environment exposing it to an entirely new audience. Taking off-road racing to a ski resort in Maine is the type of totally outside the box thinking that will grow the sport of short course off-road racing. The course is a winter wonder land for off-road racing with massive jumps, banked corners and downhill straight always. Last years format pitted two drivers head to head on the same course staggered by 25 seconds with an over under jump intersection made of snow and ice. This year’s format will be similar with a few new surprises in the totally revamped course. The spectacle of Pro-4’s with custom BFGoodrich spiked tires ripping through the snow and ice coupled with the sound of 900 horse power engines thundering as they echo through the ski resort is something you should witness in person. But if you can’t make it out in person the entire event will be streamed live as well as broadcast on NBC as part of the Redbull Signature series. 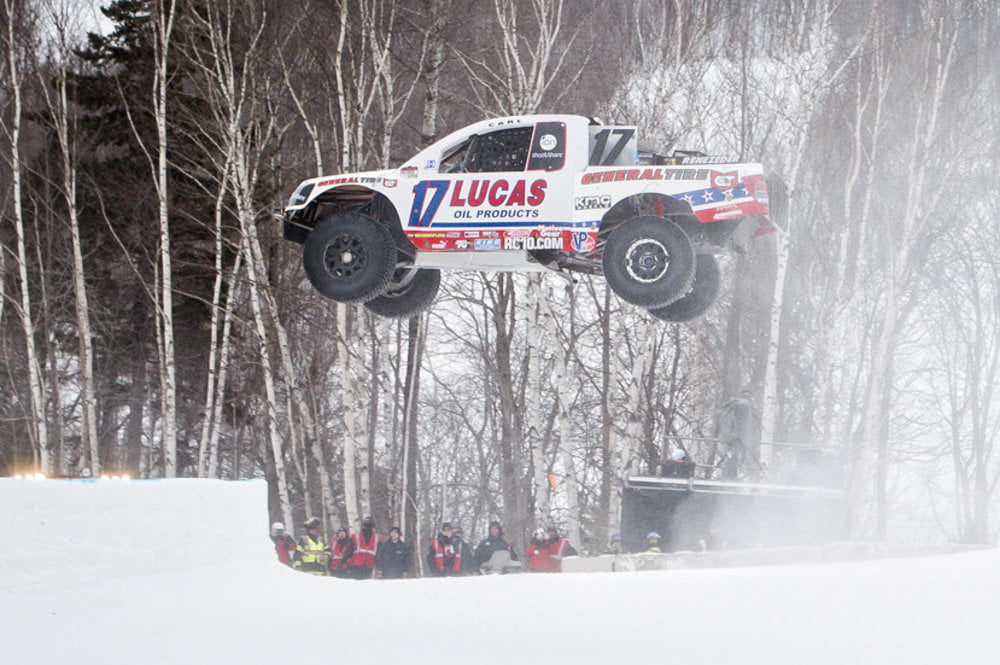 Last year Ricky Johnson narrowly bested the field but now has added competition including former FMX champion and current Pro-2 Champion Brian Deegan, Former Pro-Lite Champion RJ Anderson, and Pro-Lite Champion Chad Hord. Basically the field is stacked with short course champions and top competitors including Ricky Johnson, Bryce Menzies, Johnny Greaves, Carl Renezeder, Scott Douglas, Rob MacCachren, and Todd LeDuc. Let’s see if Ricky can pull another win out of his bag of tricks or if Greaves, MacCachren, or the entire field of hungry competitors can push him off the top of the podium. 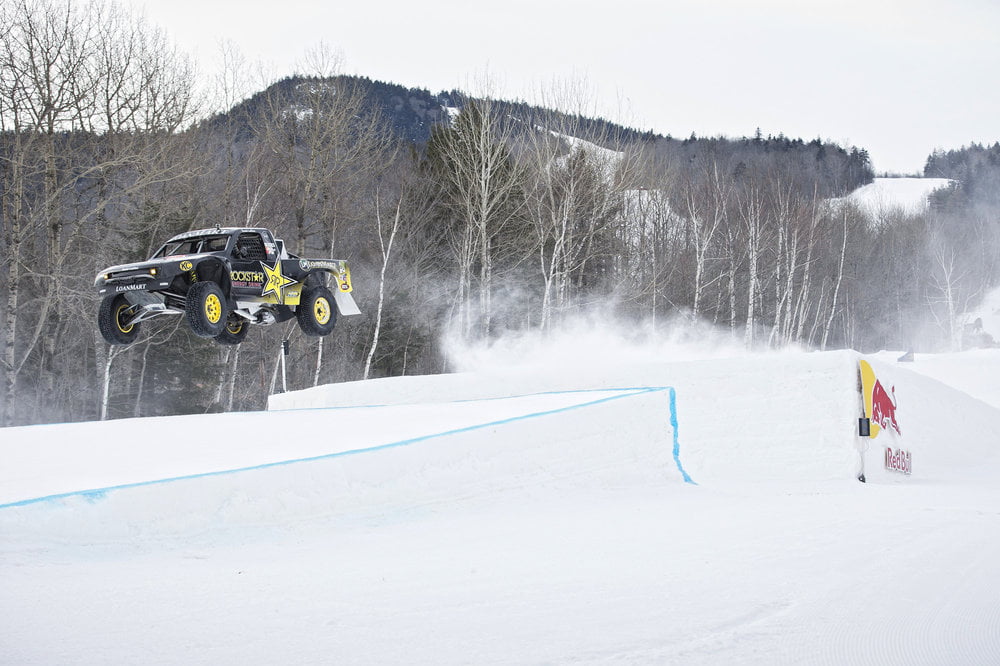 If you going to do a winter trip and get some snowboarding in you might as well make your trip to Sunday River Ski Resort in Maine and get your off-road racing itch scratched for the winter! The event takes place January 8-9, 2015 at Sunday River Ski resort in Maine, just a few short hours north of Boston. 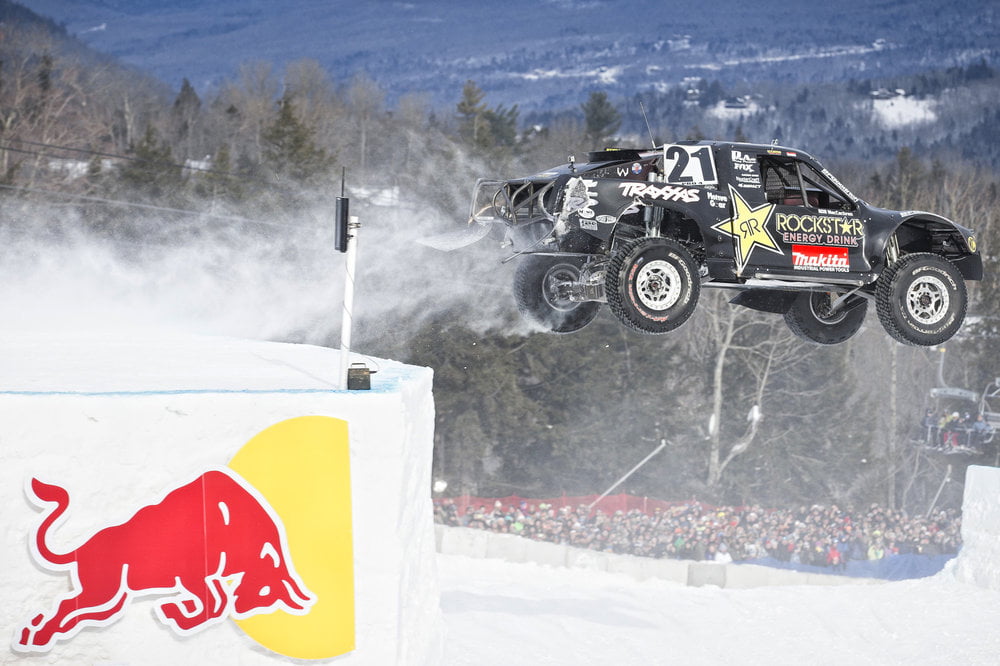 You can book reservations here:

And be sure to tell them you came for the off-road racing!