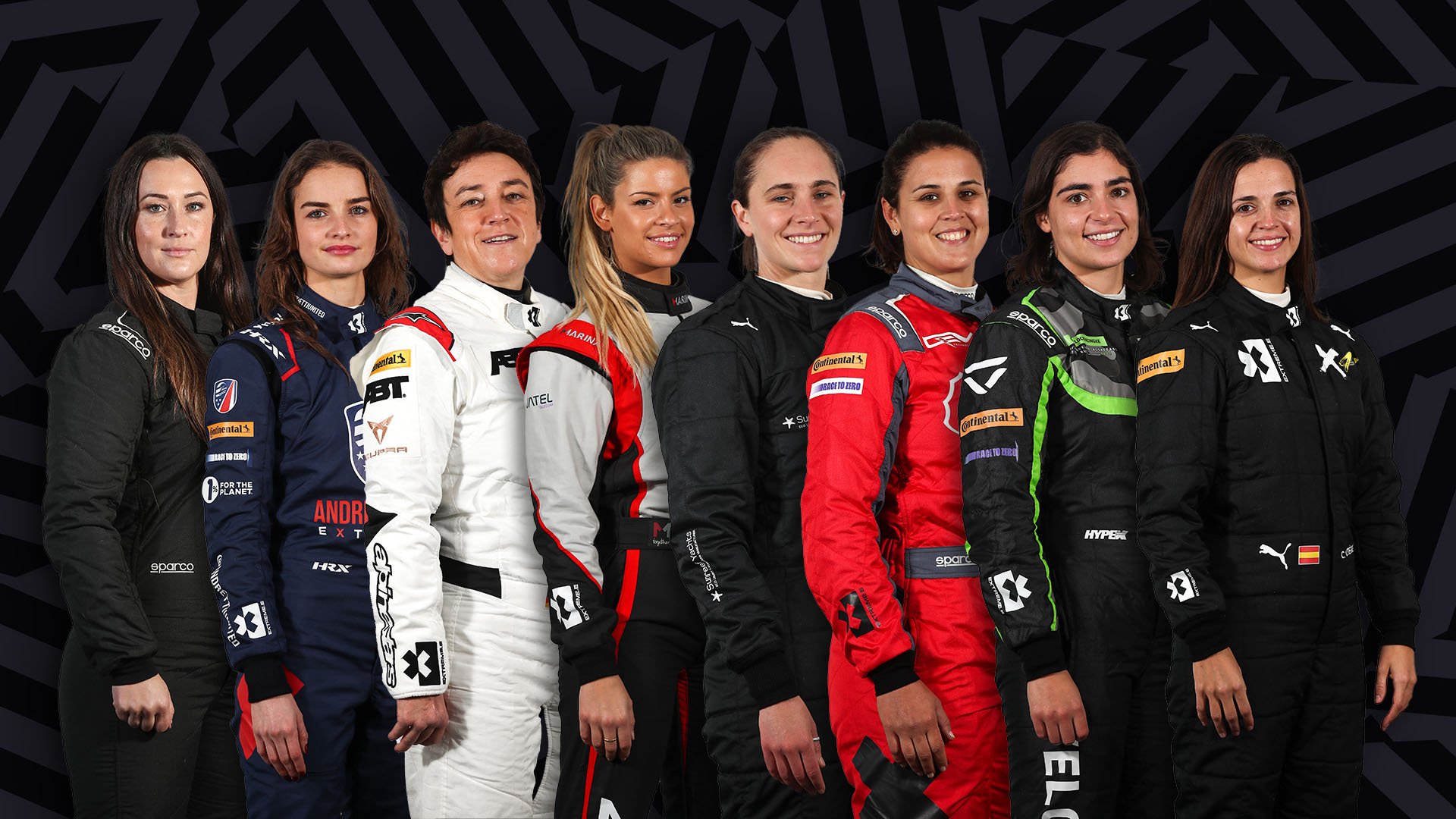 The brand new electric off-road championship, starting 3 April 2021, is on a mission to use its sport for purpose platform for two important goals, to raise awareness for the climate crisis and the role of clean energy mobility, and to eradicate existing preconceptions around gender divides in motorsport.

The rules of this motorsport world-first state that each team will field one female and one male driver in identical 550-bhp electric SUVs, over a two lap race, known as an X Prix, ensuring a completely level playing field amongst competitors. Drivers will complete one lap each of the course with a driver changeover, ‘the Switch’, incorporated into the race format, and it’s up to the teams to determine the order in which they send their drivers out to best suit their strategy.

Veloce Racing Driver, Williams Formula 1 Development Driver and W Series Champion, Jamie Chadwick, is raring to go. She says: “Extreme E is definitely a leap into the unknown for me, having only previously driven single-seaters and sportscars, but I’ve never shied away from a challenge. The first time I tested the car, I knew I wanted to race it – an electric SUV is a large vehicle, yet the stunning power it produces when you put your foot down makes it exhilarating to drive. The fact that Extreme E is also committed to gender equality is just the icing on the cake.”

Jamie continues: “Winning the W Series was fantastic – and huge for my career – but I want to prove that I can beat everybody at this kind of level, which means men and women alike. The prospect of going up against the likes of Jenson Button and Sébastien Loeb – I mean, these guys were heroes to me when I was growing up – is incredible. If you want to succeed in sport, as in life, you must be prepared to really push yourself. That is exactly what I am doing in Extreme E and I cannot wait to get started!”

Rosberg X Racing Driver and Australian Rally Champion Molly Taylor is equally enthusiastic about Extreme E’s format and says, “One of the great things about motorsport is that when you put the helmet on it doesn’t matter what gender you are and that’s always been my philosophy. But what I have noticed through competing, is the number of young girls that when they see a female competing, they then want to be involved – so I think having that exposure at the highest level is really important to help improve the diversity and equality for the next generations coming up.”

Molly continues, “If [Extreme E]  can help change the amount of girls that are involved in racing at grassroots level and therefore what the future of our sport looks like,  I think it’s really important for that reason.”

Chip Ganassi Racing Driver, Off-Road Truck Champion and X Games Medalist, Sara Price adds, “When I put a helmet on you know I often get this question, ‘how is it being a female in a male dominated sport?’, and I say, ‘I’m not a female I’m not a male, I’m just a racer.’”

Sarah goes on, “What Extreme E is doing right now is pretty incredible. It is going to be able to provide girls who have incredible talent that’s never been seen before, a chance to showcase it – that itself is huge for women as well as for motorsport.”

Extreme E Founder and CEO, Alejandro Agag, comments: “We are striving for equality, and Extreme E’s sporting format is the truest reflection of that goal. Everybody will race together, and only the most effective combination of drivers, team, engineers and car will rise to the top.

“I believe that our race format will challenge all of the drivers, male and female, which is what makes this concept so exciting. There is no shortage of women drivers good enough to take the seats!”

Agag’s ultimate goal however? To end the emphasis on a driver’s gender entirely: “My aim is that one day, female participation and achievement throughout motorsport will be at such levels where it simply is not a story – then I will be happy.”

Glenda Slingsby, Engagement Officer for International Women’s Day said: “Extreme E is an exciting and progressive example of gender equality progress within motorsport. By choosing to challenge traditional norms, Extreme E sets a new benchmark in including and appealing to a wider cohort. From challenge comes change, and through the vision of Alejandro Agag and the talent of many women like Jamie Chadwick, Extreme E accelerates opportunities for all.”

In addition to being a gender positive sporting format, this five-race global voyage highlights the impact of climate change and human interference in some of the world’s most remote locations and promotes the adoption of electric vehicles in the quest for a lower carbon future for the planet.