For the third round of the World Rally Championship, the drivers and teams crossed the Atlantic Ocean and went down to Mexico for the annual Rally Mexico Guanajuato.

Mexico is the home to many a motorsport disciplines. Being one of very few places left in the world where strenuous insurance premiums and government red-tape are not as big of an issue; it’s the true wild west when it comes to off-road racing. Between the multitudes of scenic terrains, some of the highest altitudes the WRC drivers will push their cars through, the rich local culture and food (which will leave your taste buds savoring for more), it is the ultimate destination for a motorsports enthusiast who breathes dust second to air.

Based out of Leon, Mexico, just northwest of the country’s capital, and contrasting the first two rallies of the season, the weather is hot, dry, and the stages are all based on loose gravel. Bearing over 8,000 feet in elevation, Rally Mexico Guanajuato takes the drivers through some of the highest altitudes climbed throughout the World Rally Championship season.

Arriving from two freezing rallies in Europe, the cars are transformed and completely readjusted to handle the Mexican mountain side stages. Window heaters are removed, thicker skid plates replace the thin skid plates and the suspension is readjusted to better handle the loose gravel conditions. 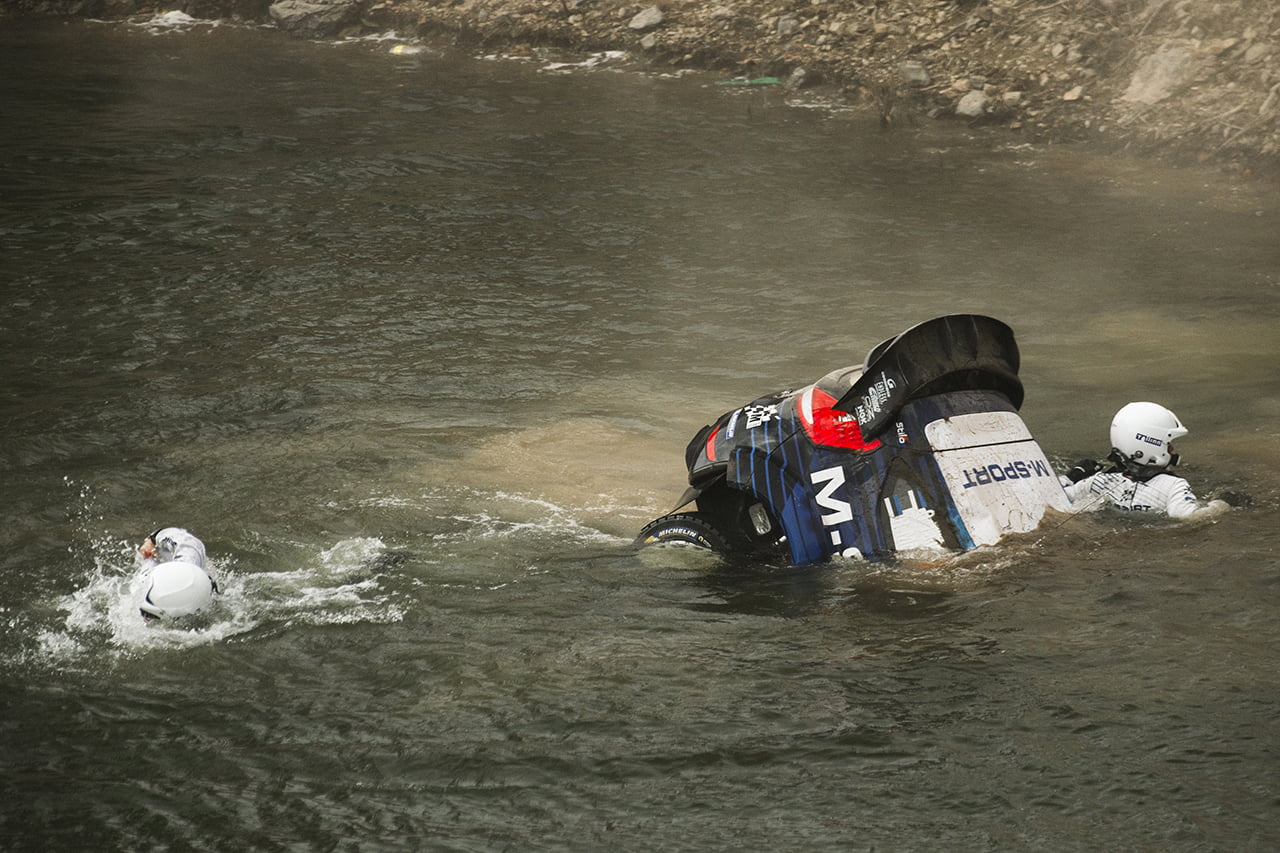 Higher altitudes also mean the drivers have to readjust to the amount of power their rally cars are able to supply, Ott Tanak however already struck short with luck, reporting that there was something wrong with his front right end, wasn’t able to correct the oversteer and ended up rolling his rally car into a lake at stage three. Incredibly enough, the car landed on four wheels, and seconds later, Ott Tanak and his co-driver Raigo Moelder (with pace notes in hand) were climbing out of the half sunken car unharmed. Although the car spent 10 hours at the bottom of the lake, it was rebuilt within 3 hours by the MSport team, and was ready to compete in the last days stages. 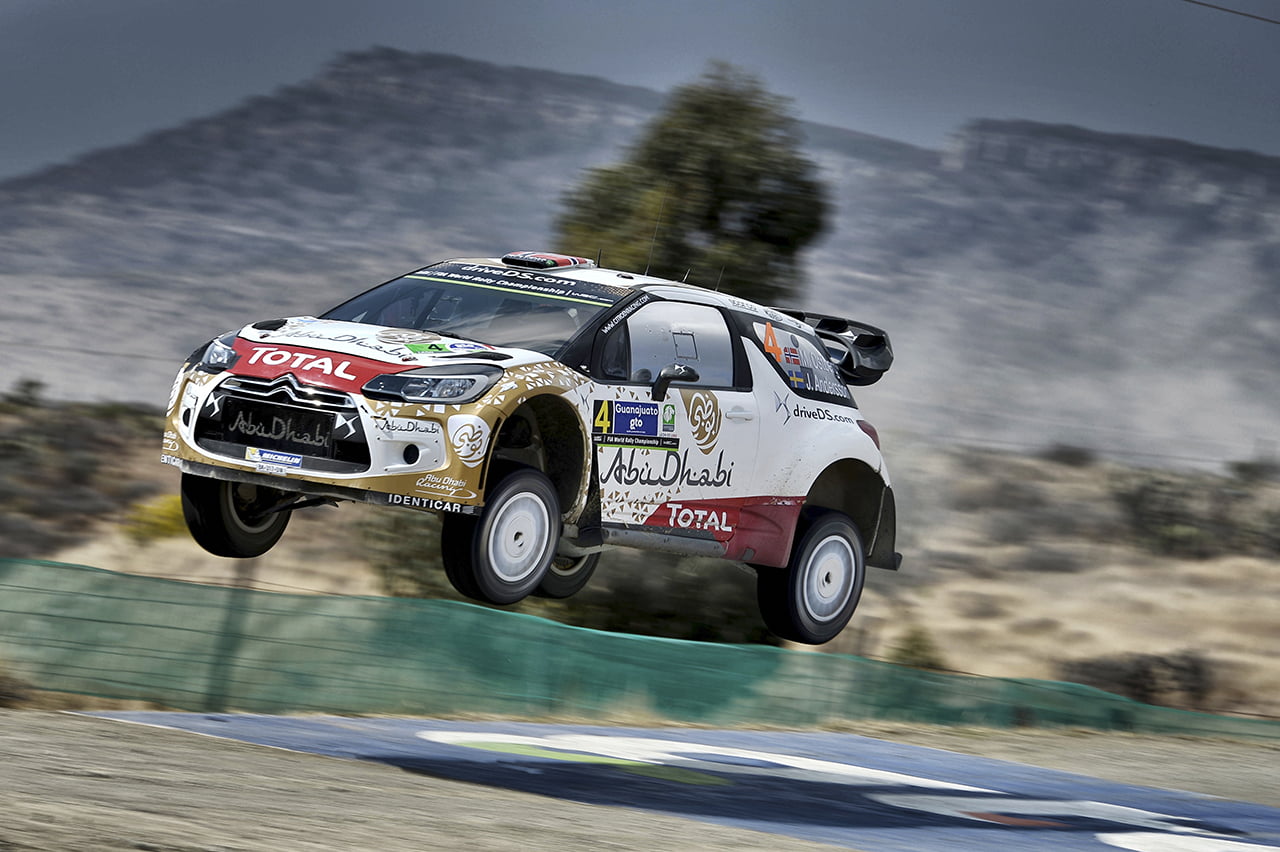 Mads Ostberg’s rally started with a bit of bad luck. When shifting gears his car’s transmission would unexpectedly shift into neutral. Usually a misbehaving transmission is more of an annoyance than problem, however when rallying, an unpredictable transmission can leave you sitting sideways at a dead stop in a corner. After a quick service break, the transmission problems were resolved, and by the end of Rally Mexico Guanajuato Mads Ostberg was able to finish second overall. 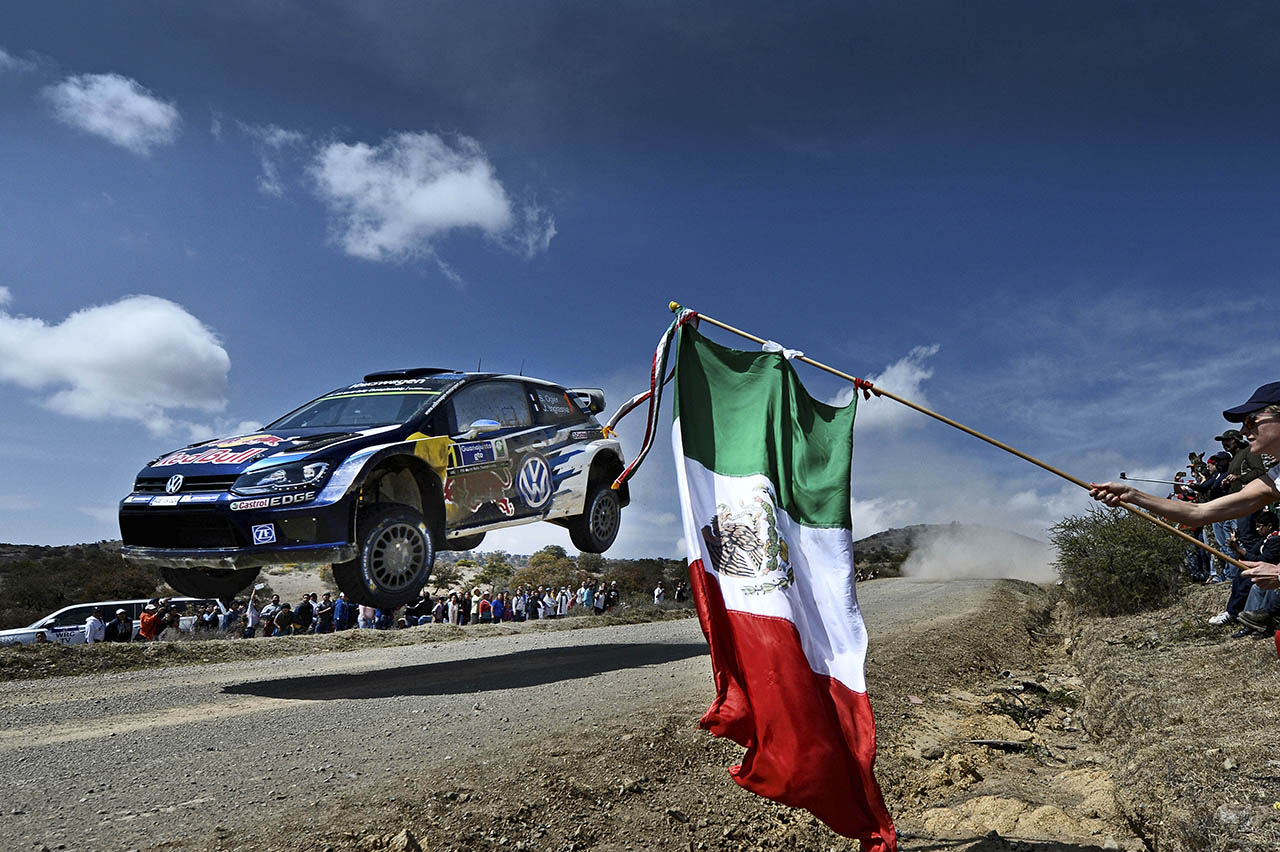 Sebastien Ogier took the lead in the first stage, and maintained that lead throughout the rally, finishing first overall. Although being the first driver on the stage has it’s advantages, in the case of Rally Mexico it means that you’ll be clearing all the loose gravel. This was not problem for Ogier, who ran all 21 stages perfectly and said himself that the rally car was working like a dream.