A perfect storm is brewing for RallyCross.  X-Games has become a highly attractive event that all the rally drivers in the world are now paying attention to.  WRC, IRC, European RallyCross and American drivers are all now vying for their spot.  Maybe it has something to do with the fact that when Ken Block shows up at a WRC round he garners more fans and attention then 7x WRC champ Sebastion Loeb.  Or maybe it has something to do with the launch of the American version of European RallyCross, Global RallyCross.  Or the fact that car manufacturers are looking for a conduit to sell small cars to young people.  Whatever the case, the payoff will be great door-to-door Rally-X racing.  The purists will say, “This is not true rally” and they are right, but just like desert off-road racing, it is really difficult to get American spectators to get off the couch and go hike down a rally stage and stand in rain, snow, mud, or heat to watch rally cars blast by.  So, Rally-X is here to stay and it’s undoubtedly going to grow. 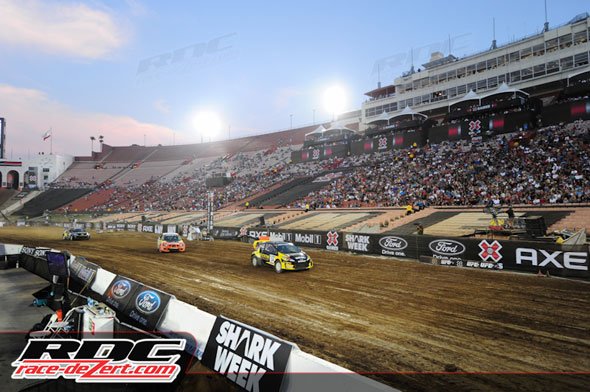 I’ll be the first one to admit the actual rally racing at X-Games has been sub par, last year’s course was a joke.  The racing was terrible; the drivers were confused about the course and the number of laps.  The checkered flag was actually waved before all laps were complete.  In fact, the only year that I remember the racing to be actually great was the first year rally was apart of X-Games and they ran stages both at the stadium as well as stages from the now defunct Rim of the World Rally.  As a fan and a facilitator it has been like watching your favorite boxer show up to a fight only to realize he is going to fight with his hands tied.  Yet, despite it all, ESPN has been learning.  This year’s course looks to be the best circuit ever, taking to the streets of Los Angeles just outside Staples Center. 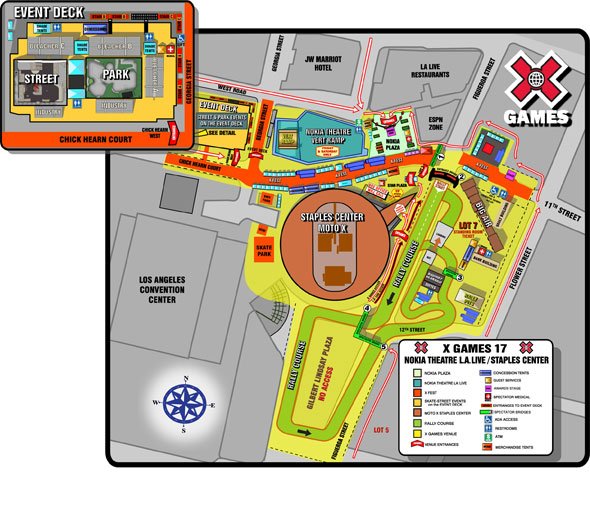 X-Games is no longer going to be a contest between American rally heavies; Travis Pastrana, Tanner Foust and Ken Block, it has expanded to an international battle.  The beauty is, it’s not being manipulated by any one sanctioning body, the FIA, WRC, IRC, Rally America, and European Rallycross all have drivers competing. Tanner Foust has been extra busy sharpening his skills and collecting podiums in the European Rallycross.  Don’t count out Brian Deegan; he has been busy banging doors in the Lucas Oil Off-Road short course series competing in two classes.  Young European RallyCross standout Liam Doran has been tearing it up and will likely be bringing his A-game.  I also can’t leave out former WRC champ Marcus Grönholm and French rally mad man Stephan Verdier who is coming with a “Rally Killer” Subaru specially prepared by master mind Quirt Crawford of Crawford Performance, the builder of the first two Gymkhana cars.  Needless to say, it’s going to be a heated battle with some epic RallyCross racing.