Puerto Lobos, Sonora, Mexico – The fourth day of the 2018 Yokohama Sonora Rally began with racers leaving the awe-inspiring Altar Dunes for a more traditional rally racecourse. “Today the competitors really saw some very different terrain,” said Rally Director Darren Skilton.  “They raced WRC-style gravel roads, then down through a canyon like a bobsled run, followed by pavement and beach.  There was some tough navigation today, and we saw some changes in overall position due to those challenges,” said Skilton.

Navigation challenges notwithstanding, the true spirit of the Yokohama Sonora Rally – that of camaraderie and good sportsmanship, was on display throughout the day as competitors enjoyed more cat and mouse chase experience. David Bihn Sonora Rally veteran Matthew Glade and I had a great time racing today, premium racing with big smiles.”, said David Bihn, a Sonora Rally first timer from Nevada. “I would do that everyday if I could. What an epic day of racing”. 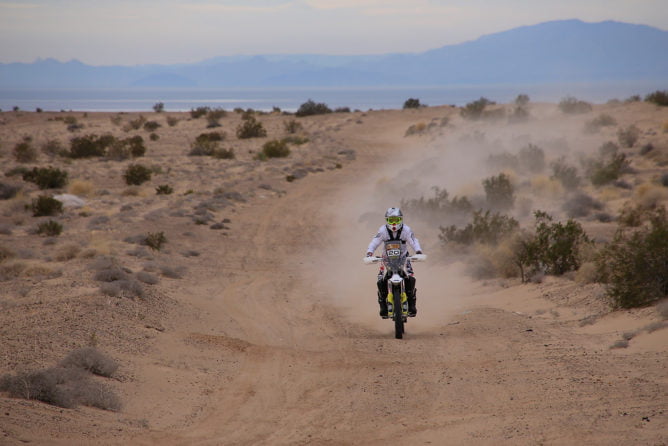 In the highly contested “Road to Dakar” class, things were shaken up a bit and positions were in flux.  Rally newcomer Skylar Howes has been dominating the “Road to Dakar” class for days as Dakar hopeful George LaMonte has been quietly moving up. “Ive been quietly moving my way up over the past few days and today made some serious headway finishing in 3rd. Im having an amazing time, this event is top notch and the fact that i could end up on the podium is icing on the cake!” says George, a new comer to Sonora and rally raid navigation.

In the motorcycles, Scott Bright  is catching newcomer Skyler Howes by coming in for a first place overall  finish for today’s race, which consisted of two special stages and two liaison stages. 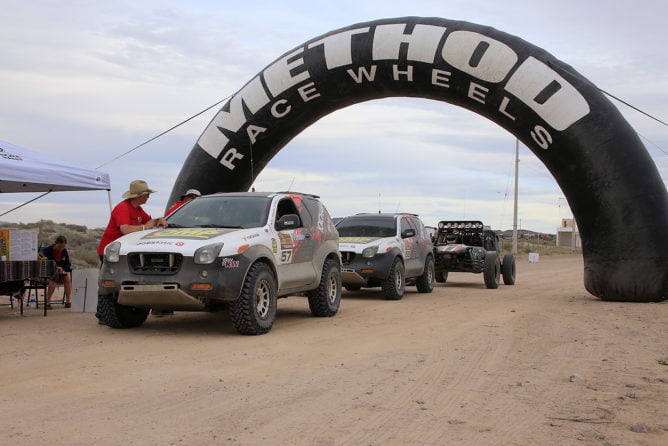 In the car class, 2017 Sonora Rally Champions Eric Pucelick and Mike Shirley suffered a major mechanical breakdown to their Predator Buggy late in the day.  “Our right front heim-joint snapped which caused the front wheel to fold under the car,” said driver Pucelick. “We are here trying to defend our title but I’m not sure that will happen now.  But we will still have fun!” However both Pucelick and navigator Mike Shirley were optimistic about continuing their race thanks to the help from their friends. 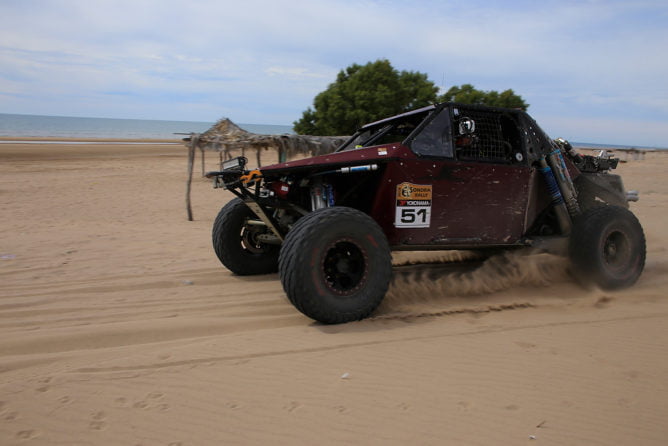 “Our main competition is right now making our replacement part,” said Pucelick about Todd Jergensen’ pit crew as they were grinding and welding away on the Predator’s heim joint.  “We came in and they (Jergensen’s crew) were all waiting for us.  They had the car on jacks and beers in our hands in seconds,” said Mike Shirley of his competition, “showing that the true spirit of  Sonora Rally is alive and well in Puerto Lobos.”

Included in Mike Shirley’s list of competitor acquaintances include a couple that are a little closer to home.  His parents, Pat and Paul Shirley are having a ball running in the Safari class at this year’s 2018 Yokohama Sonora Rally.  When asked about what engine they were running in their Ford Expedition, navigator Paul Shirley replied, “We have no idea, its our son’s car, we know nothing about it.”  It turns out, 2017 Champion Navigator Mike Shirley decide to get his family into the act and surprised his parents with an entry, and the use of his daily driver, for this year’s Sonora Rally. And they are hooked. 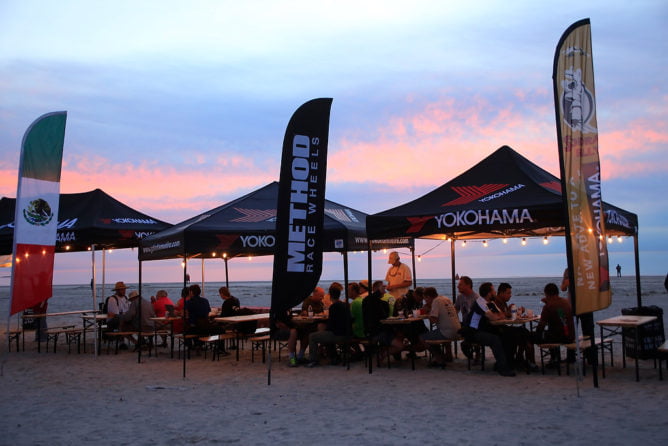 Tomorrow brings us to the end of the final special stage in Punta Chueca, the indigenous  Seri Indian tribe and village. “One of the things that made Dakar so special to me, in Africa and South America, was the interaction that we had with local tribes and cultures. I wanted to have our racers experience that as well”, says Rally Director Darren Skilton. “Sonora has so much to offer… we wanted to provide more than just great racing.”