El Golfo, Sonora, Mexico – After a hot breakfast at the bivouac, racers in the 2018 Yokohama Sonora Rally got an early start for special stage one.  Today’s stage brought them straight into the heart of the Altar Desert – home of the tallest sand dunes in North America.  These monster dunes have historically separated the wheat from the chafe in the rally and keeps competitors focused on the task of navigating their way through the sand to the finish line.  This task was especially daunting given that a majority of the 151 km course was “Hors Piste” – meaning that there were no roads, trails or markers to help racers navigate to the next way point – only countless mountains of sand. 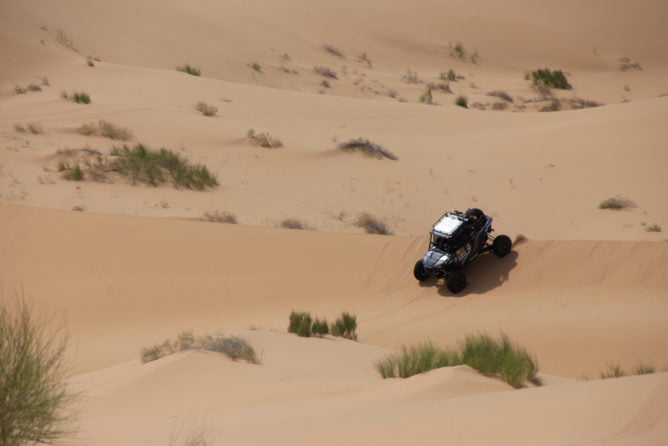 Veteran desert team Dave Sykes and Scott Steinberger found themselves in a cat and mouse three-way race with Monster Energy’s Casey Currie and Tucker Conroy and veteran Dakar navigator Kellon Walch and Max Eddy.  The three teams enjoyed chasing, and being chased, in their UTV’s over more than 70 miles of Sahara-like dunes. Later that evening, over dinner and beers in the Bivouac, the teams laughed and commiserated about their adventure in the dunes. 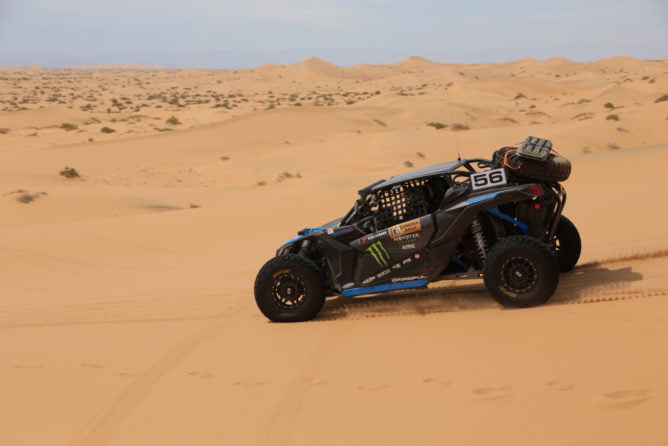 “This was the best day of racing I have ever had. Ever!”, said Sykes. Currie concurred with his pseudo-adversary, “There was no way I was just going to let you win,” said Currie.  Currie ended up beating Sykes in time however he had to open a Way Point resulting in a 30-minute penalty, costing him the UTV win today.

Another UTV team did not have as great of a day in the desert.  Baja legend Walker Evans and navigator Betsy Anderson rolled their vehicle down one of the big dunes of the day.  “We rolled enough times that I was just hoping we would land on our wheels,” said a shaken, but uninjured Anderson.   Betsy got her wish and the UTV came to rest on its wheels but sustained enough damage to end their day of racing.  The duo and their vehicle were safely retrieved and returned to the Bivouac in El Golfo. 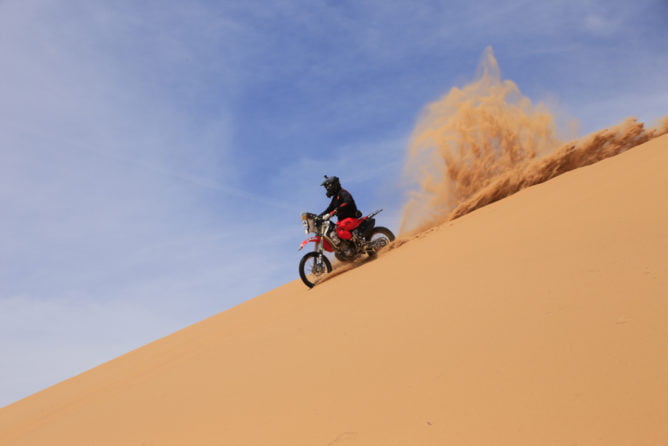 “The Road to Dakar” class, once again, proved to be the hotbed for handlebar-to-handlebar competition in this year’s Yokohama Sonora Rally.  Garrett Poucher and Skyler Howes are still battling it out and in the overall bike class Carlos Gracida and Scott Bright are keeping pressure on the leaders. 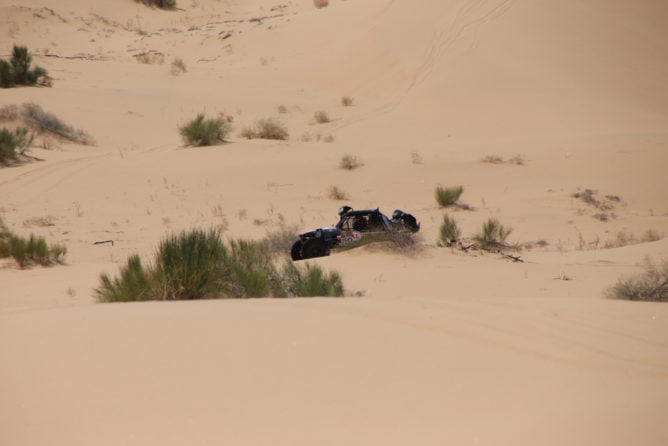 In the car category, Erik Pucelik and Mike Shirley had a great day putting nearly 30 minutes into Jergensen.  Keeping the battle for first place suspenseful are Sykes, Walch and Currie. All of the cars racing were successfully piloted through the soft sand and heard the beep of their Rally Comp as they crossed the finish of the stage on the beach in El Golfo. 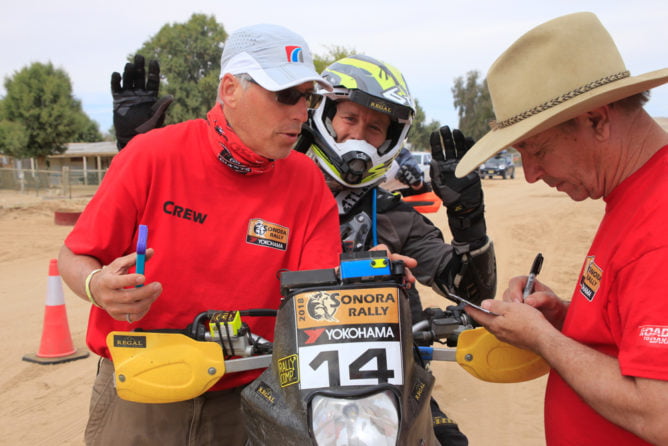 Canadian moto-racer Matthew Glade may have had the most unique dune experience when he inexplicably ran over which may have been the only mattress in the whole of the Altar Desert.   “It came out of nowhere,” joked Glade while waiting for his steak and lamb dinner at the bivouac.  “That mattress spring steel is pretty tough.  I’m not sure how many times I had to bend it with the pliers before it would break.”  With the help of some wire cutters provided by fellow competitor Todd Jergensen, Glade was able to free the rat’s-nest of mattress springs from his sprocket and chain and successfully complete the stage.

“Tomorrow is the longest stage of the rally”, says Rally Director Darren Skilton, “and we are excited to be racing into a new host town, Puerto Lobos. There will be some tricky navigation sections with spectacular high-speed trails as we transition from the dunes to the coastal Sonora desert.”