Late last week, Crandon International Raceway announced a new, multi-year alignment with the Red Bull Signature Series. The objective? To create a long-sought opportunity to give short-course off-road racing its first “non-denominational” event – one where a true East versus West showdown could take place in front of the sport’s largest and most devoted fan base on a level and open playing field.

The newly announced Crandon World Cup represents another milestone for a hard-working Crandon board of directors led by longtime President Cliff Flannery. He reflects the same Midwest set of ethics that define the entire Wisconsin, Northwoods region surrounding their 400-acre facility. Flannery is also justifiably proud of Crandon’s new relationship and the World Cup’s impact in moving the track toward its upcoming 50th anniversary – to be celebrated in 2020.

In a Race-Dezert exclusive, the amiable and humble Flannery shared his thoughts on the Crandon World Cup, the new TORC, planning for the future and the importance of serving a great bratwurst.

RDC:  There were rumors of the new alliance with Red Bull Signature Series and an event like this for months. How did the Crandon World Cup finally come about?

Flannery:  Well, the truth is it all goes back longer than that. I was approached several times over the years by Colby Rodriquez, who used to be the main racing guy at Red Bull, about the idea of putting together wide-open pro-class short course race on Sunday of our fall World Championships weekend. We have the biggest facility, the largest crowds and the history to pull off something like that. But, we could never really put all the pieces together.

Then, we were contacted by an industry insider about the idea a week before last year’s World Championships event. We learned that the Red Bull Signature Series wanted to add a Crandon event to its 2016 NBC show line-up, and that they had the support from several of the Signature Series corporate partners. That’s when the ball started rolling again.

RDC: What was the difference this time in making it all come together?

Flannery: Honestly, we had a great deal of help from Melodey Colyer from Red Bull Media House, Jeremy Meyer from Amsoil and Adam and Swany (Dave Swanwick) from MSI, who had taken over the management of the TORC series. But, from our perspective, we also put our faith into Marty Fiolka and the Rennsport Group, who had been our PR consultants up until that point. He had the patience and understanding that we didn’t, and worked for months with everyone involved. In the end, it was a big team effort from all sides because there was more moving parts than anybody knew going into the deal. 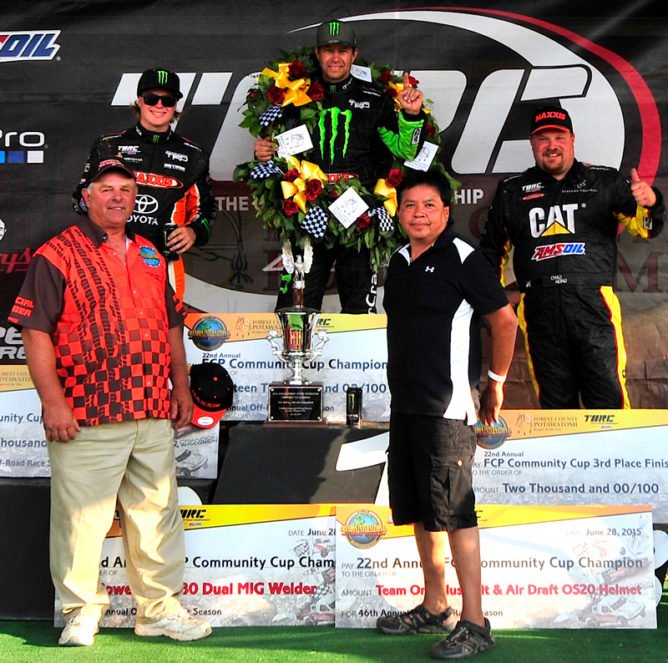 RDC: You sound proud of this accomplishment…

Flannery: You betcha. Trying to get all the best pro racers in the sport together, even for one day of racing, to prove who is really a Crandon Off-Road World Champion always seemed like the right thing to do for the sport, its teams and especially its fans. We’ve been building this deal for 47 years, and the only constant in the sport of short-course off-road racing has been Crandon International. Now we have to work hard to fulfill this Labor Days potential, and grow it from there. We now have the best television and live online package in the sport thanks to Red Bull, RedBull.tv and NBC, and our goal is to host the largest crowd in our history. It’s gonna’ be something, I tell you…

RDC: Crandon just hosted its first event with the new MSI group that now runs the TORC series. How was that experience?

Flannery: It was surprising and promising at the same time. We knew that the MSI group did a great job in producing the Frozen Rush for Red Bull, but they inherited a series that was in a world of hurt when they finished their season here last year. They have worked really hard with us – and all the racers and teams – to help bring the TORC program back in positive way and in a very short time. We worked together very well to bring the recent Brush Run and the World Championship weekend to life. I think they will have a great first race this weekend at the new ERX Motorpark too. We have been working with that group to build a really nice new track that’s close to the Minneapolis area and millions of people. 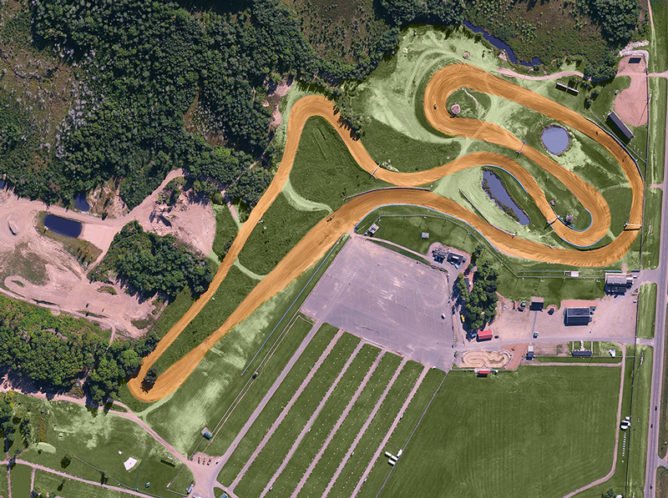 RDC: It seems that Crandon is always trying to improve its facility and the fan experience. What is next on the horizon?

Flannery: Most people still don’t realize that we operate as a non-profit club, so we put our money into our facility and promotion before we distribute tens of thousands of dollars back to local charities. Our fans are Crandon’s number one asset, so taking care of them is our biggest priority. We are getting ready to announce some new corporate partnerships to help grow our hospitality at the track. We are also trying to expand our overall acreage next year as well as adding another 500 campsites in 2017. But, in the end, it’s still about great racing, cold Miller Lite and serving locally produced Trigg’s Smokehouse — the world best brats!