The biggest US desert race of the year went down last week at the Best In The Desert 2020 Maxxis Tire Casey Folks “Vegas To Reno” race. 383 competitors lined up to take on the challenge of finishing the longest off-road race in America. The day before the race the city had to shut down tech and contingency early due to the large amount of people gathered in one area and not enough people wearing masks and practicing social distancing. Regardless of what our political views might be we all need to work together to follow the rules set forth so that we can keep racing and doing what we love. BITD changed a few things up this year and moved the start line where it normally is in Beatty to farther south at Amargosa Valley. Racers familiar with the Pahrump race and former Terrible’s Town 250 race would remember the start line as a pit in those races. With no rain in the area in quite some time the race turned out to be a dust fest as most Vegas To Reno races are. In the morning the bikes and quads left the line at 5:45am sharp and Ricky Brabec wasted no time moving his way up. Starting 10th off the line racing his Honda Dakar bike, the 2020 Dakar champion kept sliding his way past other riders to eventually get in the lead. With the Dakar bike Brabec had an advantage over the other riders in that his fuel stops were few and far between, and while putting gas in the tank for a moto is very quick, every second counts in racing. Brabec was able to finish the race first in a time of 7 Hours 59 Minutes and 54 Seconds. In the Trick Truck class Bryce Menzies and Luke McMillin have been battling all year long together. At the Silver State race Luke got the better hand of Menzies beating him by a little over three minutes taking home the win. The two followed each other pretty much the entire race swapping both physical position and corrected time position. Concrete Motorsports with Harley Letner starting and Kevin Thompson finishing was right there the entire race as well battling for the lead. 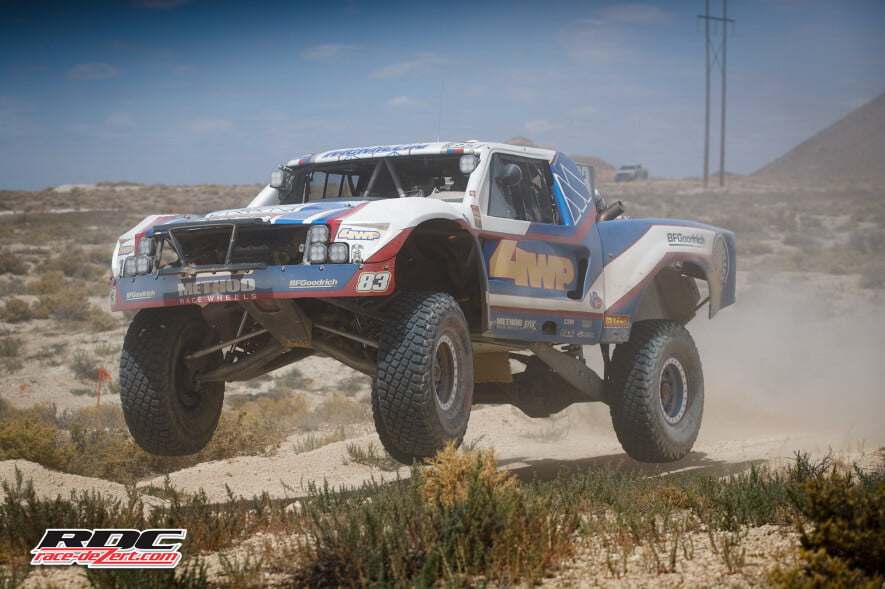 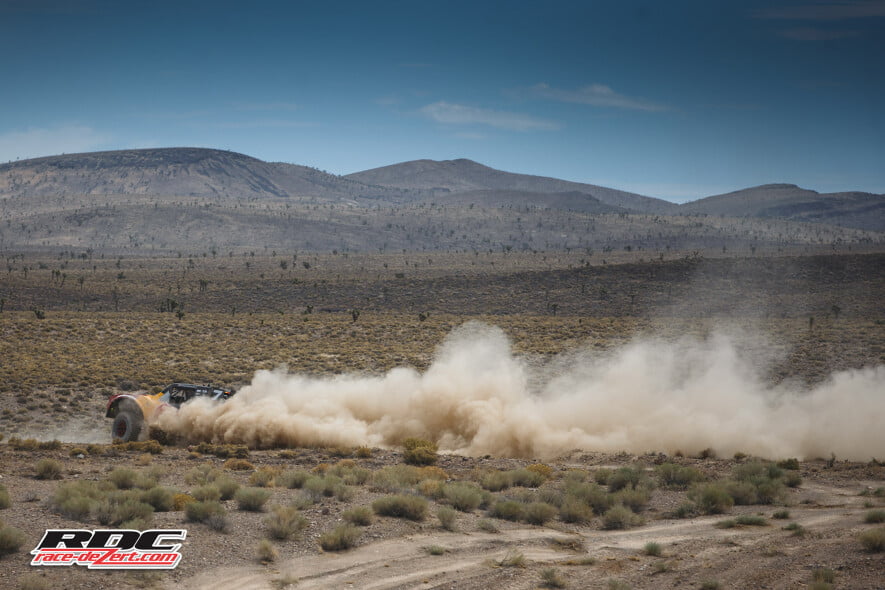 As the race progressed all three teams were at one point leading on corrected time as teams had flats that slowed them down, but in the end it was Menzies who took home the win making them back to back winners of those race. Concrete ended up in second place eight minutes behind followed by Luke McMillin less than a minute behind Concrete. Andy McMillin who had a less than stellar qualifying run due to the dust started in the 22nd position was able to work his way through the same bad dust during the race to finish in 5th place on corrected time. 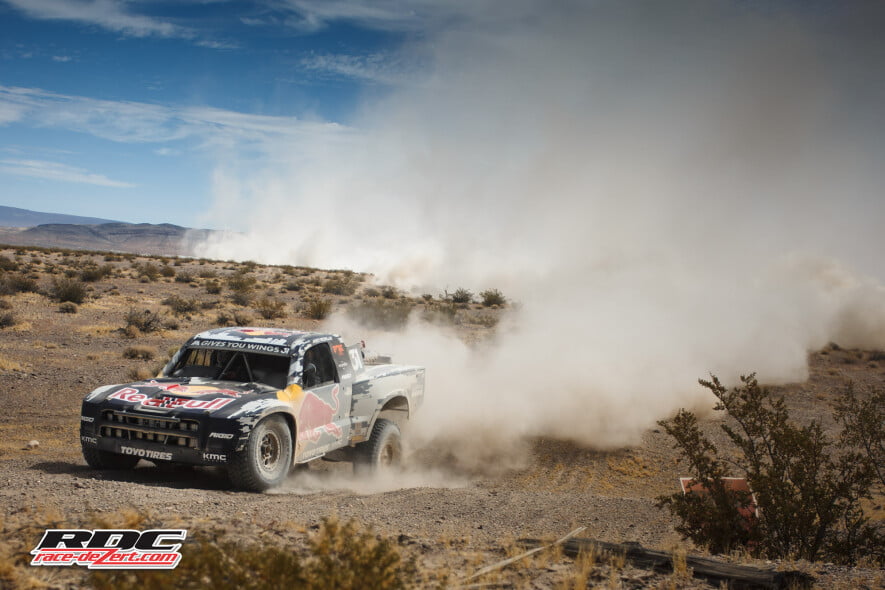 Class 1500 win went to Jake Johnson who also won Silver State which should put him in the points lead though Brandon Bailey who finished second has been consistent as well. Class 1000 has been dominated by Connor McMullen this year who has won the first three races, but a decision to start in the back and battle dust proved to be a bad one as he finished in fifth about eleven minutes behind the winner Jared Teague.

Here are some quick notes from the race, congrats to all the winners and finishers!
– Menzies was racing his Huseman built truck for this race as they prefer it for the long stretches of gravel rally roads.
– Last official winner was 2920 Cindy Cobian who finished within minutes of the finish line closing time.
– UTV Turbo Class was close all day, with first through third separated by 4 minutes.
– Rob MacCachren hurt his back on a G-Out chasing someone in the dust so his son Cayden who was navigating took over and finished the race.
– Kirk Babbington a former media dork recently bought an old single seat 12 car and drove the entire race finishing 13th in Class 1000.
– 150x was the lone snowmobile to enter the race who came away with a DNF.
– Ryan Arciero truck caught on fire during the race and ended up burning down, fortunately no one was injured.
– Menzies, Arciero, Herbst, and Casey Currie all had live coverage during the race on their social media pages.
– Closest battle on four wheels was 1000 with Jared Teague beating Freddie Willert by 2 minutes and 18 seconds. On two wheels Jason Alosi beat Zach Meyers by only 18 seconds in Ironman Pro.
– Brabec iron manning the race in his Dakar bike missed the overall win by 11 minutes.
– Robby Gordon finally debuted his much anticipated “Unicorn” but broke a driveline yoke in the first 50 miles putting him way back in the pack.
– Class 1000 and 7200 qualified and started together. First 1000 finished in 9 Hours and 30 Minutes, first 7200 finished in over 13 hours.
– The Honda truck lead the field but had vapor lock issues slowing them down as well as a rear hub failure putting them down about two hours.
– Cameron Steele who qualified first in TT finished eighth in class.
– Ray Griffith came away victorious in 6100 beating Brock Heger and Ryan Hancock by 6 Minutes.