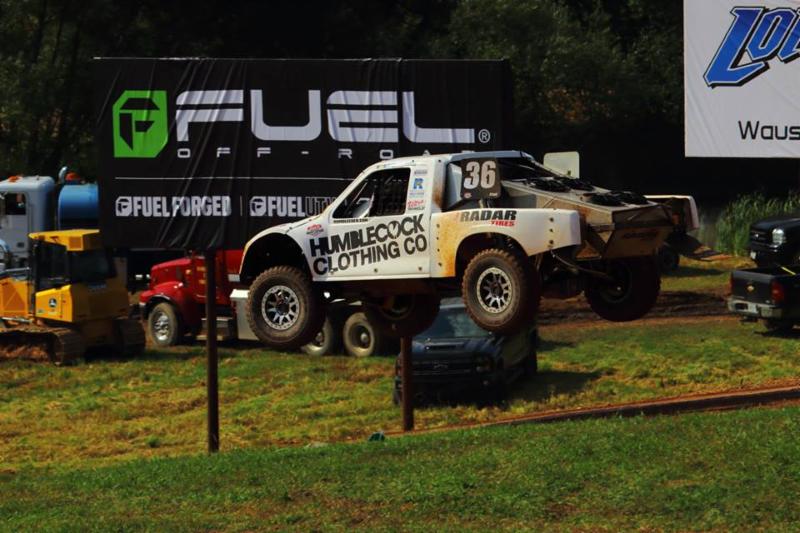 TRAVERSE CITY, MICHIGAN, August 21st, 2018 – After scoring his first professional truck racing podium in Elk River, Minnesota, Daely Pentico and the Humblecock DPR team headed to the Upper Peninsula of Michigan for Rounds 5 & 6 of the Midwest Short Course League on August 11-12. Thanks to his remarkably consistent finishes in the first few rounds of racing, Pentico entered Bark River tied with Mike Vanden Heuvel for 2nd in the championship points standings in his rookie season.

After the success in Elk River, the team made minor grove changes and added sipes to their 35×12.50R17 Radar Renegade MTs in preparation for the practice session.

As has become the norm for 2018, rain cancelled practice for the PRO 2 field on Friday night, and so Daely would have to jump right into qualifying. Despite his inexperience, he logged the 5th fastest lap time in the ultra-brief two-lap session against the highly-experienced field of 12 competitors. A 4-truck inversion meant Pentico would start on the inside of row three.

The green flag flew and Pentico got through the bark River horseshoe (which is treacherous with Lap One traffic) and settled into 5th. Andrew Carlson had the lead but got squirrely on lap one, bottling up traffic behind him. Pentico slung his truck up and around the banking in an effort to keep up with and pass his teammate, Keegan Kincaid.

The top 5 separated themselves from the pack, and Pentico followed the experienced drivers, stayed out of trouble, and learned how to navigate the course in his PRO 2. A couple laps in, top qualifier and series points leader Chad Hord lost power steering and Pentico moved up to the 4th position. He stayed in 4th through to the competition caution.

It didn’t take long for Pentico to continue his march for toward the front. Carlson over-rotated exiting the left-hand turn after the whoops section, and Pentico was right there to power into second. Meanwhile Kincaid, who was back with a new tire, had come all the way up from last to third on the restart lap.

“My spotter was like, ‘Dude, this is a man possessed. He’s coming hard,'” Pentico said of Kincaid after the race. “‘Just run your race, run your lines, he’s got to go around you. He’s not going to take you out.'”

Pentico ran strong and held off his mentor and teammate for several laps. He ran cool and collected, holding the primary line, and forcing Kincaid to try a plethora of unconventional lines in an effort to pass. They never touched once, and with just one lap to go Kincaid finally edged out Pentico exiting a left turn. Pentico had to settle for third but was excited to score his second straight podium.

“Last year I raced super buggy here and had the second-fastest PRO 2 time in my buggy. So, we were just banking off that since we didn’t get any practice,” Pentico said on the podium. “I want to inch my way up to the front, but I’m still learning – a lot of these guys have a lot of laps on this track. I’m stoked to be up here! Thanks to all my sponsors and to Radar Tires, my tires were really hooking up”

In Sunday morning’s qualifying session, Pentico showed how much he could improve with just one day of experience on a track. His lap time improved a full four seconds, good enough for 4th. A favorable inversion had him starting in the pole position for Sunday’s main event.

Unfortunately, Sunday’s run was not as smooth as Saturday’s. The track was very dry and slippery so tire changes were made accordingly with reduced sipe depths and increased sipe spacing. Chad Hord had the favorable line through the horseshoe turn off the start, and Daely got shuffled to second. Kincaid and Pentico were running side-by-side and they ran out of space in the second turn, making contact and sliding into the outside banking together. Fortunately, they both held on to their spots and took off to chase down Hord.

Pentico held on to second over Kincaid for the first full lap. Then, going downhill into the back section of the course, Kincaid looked to pass Pentico on the inside of the turn, and when Pentico straightened out his truck, they made contact and Keegan nearly went off course. The incident slowed both drivers down enough for Andrew Carlson to blast into the picture, and he slid in front of Pentico in the Cemetary Turn.

Though the contact with Kincaid was without malicious intent and looked to be a normal racing incident, race officials gave Pentico a Black Flag, and he ducked into the hot pits to serve a time-based penalty on lap four. When he emerged, he had dropped to seventh place and had his work cut out for him with heavy-hitters loading up the front.

Pentico passed Eric Ruppel quickly after the restart and moved up into sixth place. He wasn’t done yet and went to work on Midwest racing veteran Mitch Dorr. It was a fierce battle, but Pentico finally made it around and moved into 5th. Shortly after, Chad Hord got a flat tire, and Pentico on his tough Radar Tires powered into 4th place. The checkered flag flew, and Pentico finished the weekend with a cool 4th place to go along with his Saturday podium.

Daely Pentico and the Humblecock Clothing/Radar Tires-backed #36 have moved into second in the points standing. With just eight points separating Pentico and leader Mike Vanden Heuvel, the championship is open for the taking. 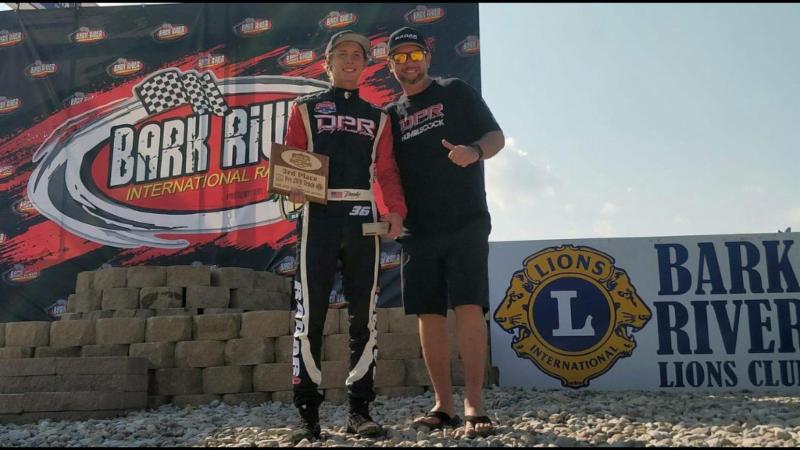 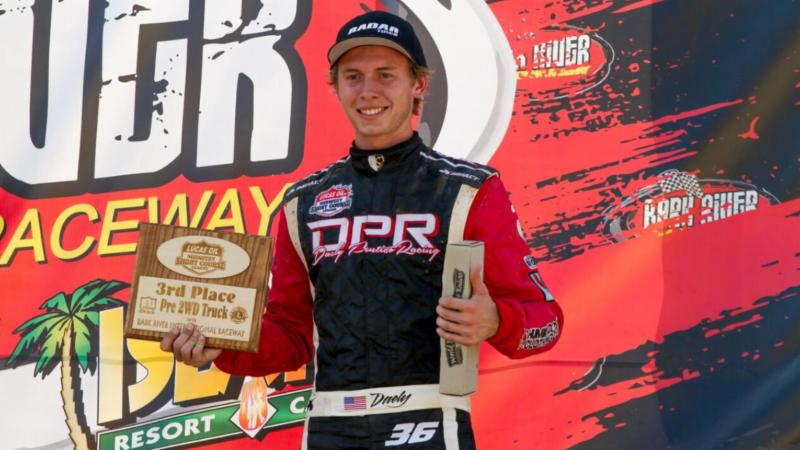 Omni United (S) Pte. Ltd is a tire designer, manufacturer and distributor. The company offers a complete range of consumer, commercial, industrial and agricultural tires marketed under the brand names: Radar Tires, Patriot Tires, American Tourer and RoadLux. Singapore headquartered Omni United was founded in 2003 by entrepreneur G.S. Sareen. As a reliable business partner with innovative products, unparalleled customer service and logistics solutions, Omni United has a global footprint and is selling products in more than 80 countries. Omni United’s flagship brand Radar Tires has been Carbon Neutral since 2013. In the United States, the company does business as Omni United USA and Omnisource. It currently has products sold in more than 15,000 retail outlets nationwide. More information on Omni United is available by calling 1-855-906-6646, by emailing