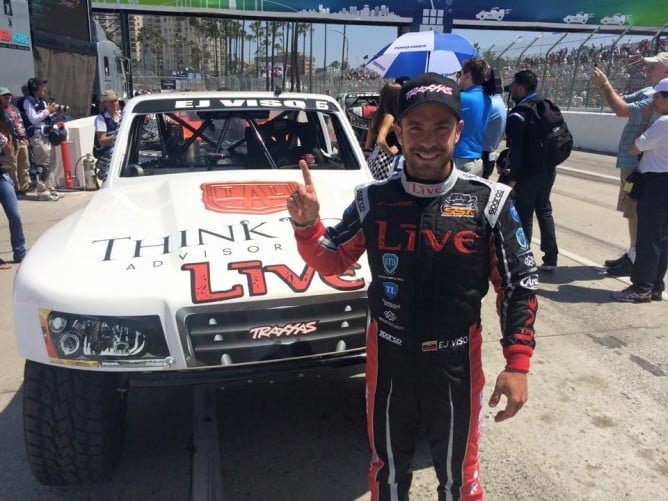 Viso’s 5.2-second winning margin was uncharacteristically large for an SST race, and was due to the tremendous battle taking place behind him between Creed, Arizona’s Gavin Harlien, California’s Robby Gordon and Arizona’s Scotty Steele.

Harlien, who battled with Viso for much of the event, controlled the majority of the race with aggressive braking around the 1.968-mile 11-turn street circuit, giving the veteran road racer Viso all he could handle throughout the event.

“This is as much fun as I have ever had racing,” Viso said. “Harlien did a great job, especially by out braking me the entire race. He did an awesome job and it was only because I finally got around him and he got in a battle with some other trucks that I was able to get away.”

Coming through the 180-degree turn 11 just before the white flag and final lap started, Harlien and Creed touched in the middle of the slow right hander which caused Harlien to spin and give up the third spot to Gordon.

“I should have never looked in my mirror, but when I did all I could see was orange, and it made me a little tense,” said the 16-year-old Harlien referring to Gordon’s bright orange SPEED Energy/Traxxas-sponsored truck. “We ran a good race but I just let that little extra pressure get to me.”

Creed displayed his normal spectacular style by flying higher and farther than any other competitor in the field over the four man-made ramps located throughout the circuit. Several times he launched off of the two front-stretch ramps nearly landing on Harlien in front of him.

Creed: “There were a couple of times that I really thought I was going to land on him. I’m doing a really good job in qualifying, and we’re three for three in fast laps. Gavin did a great job and he made his truck really wide and tough to pass. He ran a great race and I was lucky to get around him.”

With a full inversion of the starting lineup from qualifying, the fastest qualifier in each race starts at the rear of the field. Creed has been the fastest qualifier at SST’s first three events of 2015 which also included the Clipsal 500 in Adelaide, Australia and the St. Petersburg Grand Prix.

The Stadium Super Trucks will take several weeks off before returning to the Belle Isle Chevrolet Detroit Grand Prix in late May. The trucks will then be featured as part of X Games Austin and immediately return to the streets of Toronto for the Toronto Grand Prix.

•2015 is the third season of SPEED Energy Stadium Super Trucks by TRAXXAS.
•The first SST race was held at University of Phoenix Stadium on April 6, 2013 and was won by off-road racing veteran Rob MacCachren.
•The first event of the 2015 SST season featured three races in Adelaide, Australia with E.J. Viso, Sheldon Creed and Keegan Kincaid taking victories.
•Rounds 4 and 5 of the 2015 season took place at the St. Petersburg Grand Prix in Florida and were won by Sheldon Creed and Burt Jenner.
•The SST by Traxxas series will race with the IndyCar series four times in 2015 – Grand Prix of St. Petersburg, Grand Prix of Long Beach, Detroit Belle Isle Grand Prix and the Grand Prix of Toronto.
•The SST by Traxxas series also races at venues including sites along the Las Vegas Strip, in multi purpose stadiums and at purpose-built courses held in conjunction with large festival-style activities.
•The Stadium Super Trucks participated in Barbados in December 2014 as part of the International Race of Champions.
•The Stadium Super Trucks made their X Games debut with overwhelming popularity in 2014 and were featured live on ESPN and ABC.
•The SST’s are identically prepared 600 horsepower purpose-built race vehicles, modeled after their Traxxas radio control namesake.
•At every SST event, fans can test and purchase Traxxas RC cars and trucks at the Traxxas display. At Long Beach, the Traxxas display and “Try Me Track” is located inside the Lifestyle Expo in the Long Beach Convention and Entertainment Center.
•Every SST truck competes on unmodified DOT-approved Toyo Tires. A fan can purchase the same Toyo A/T Open Country 35×12.5xR17 tires for their truck or SUV at retailers globally.
•The St. Petersburg Grand Prix SST race will be broadcast on NBCSN. Check local listings or www.stadiumsupertrucks.com for times and dates.
•All previous SST broadcasts are available for viewing online at www.stadiumsupertrucks.com.
•Various SST by Traxxas videos, which have generated more than 10 million views since Dec. 1, 2014, can be seen at www.facebook.com/stadiumsupertrucks. 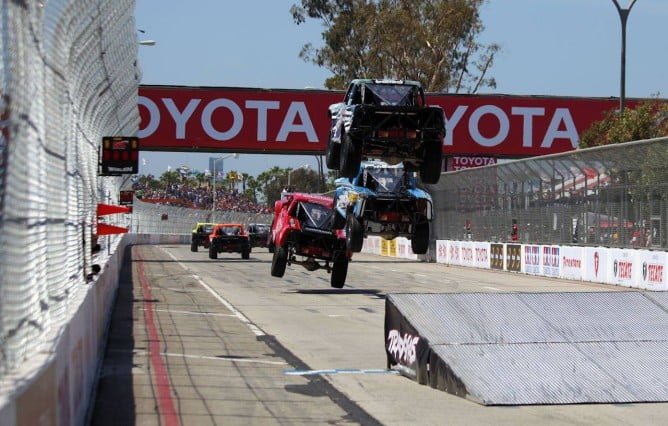 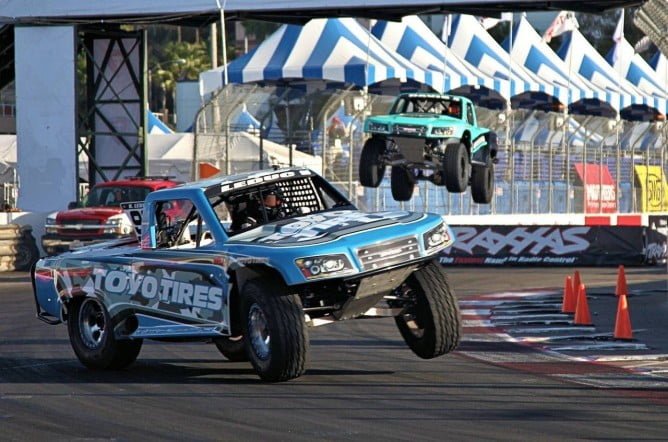 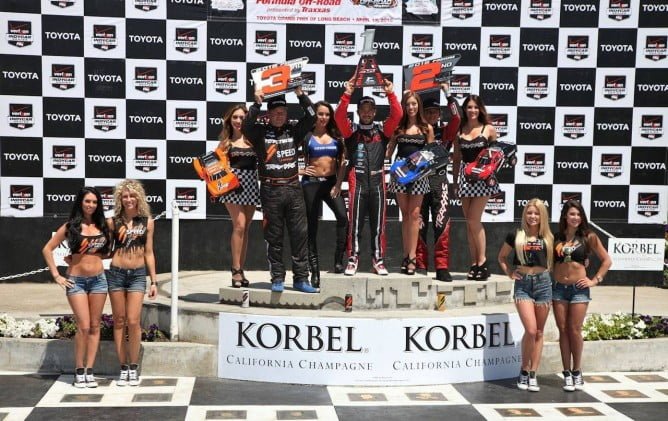 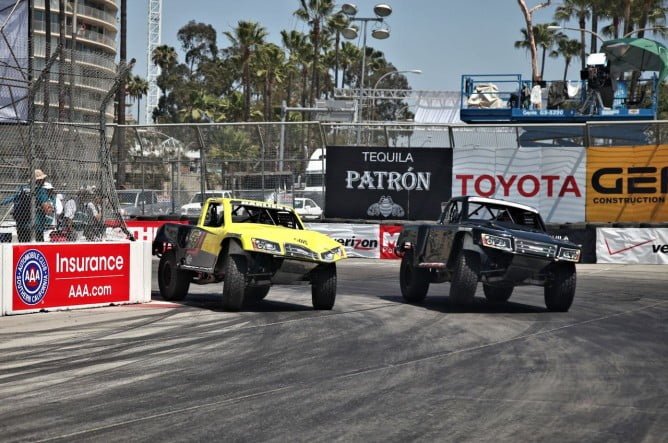