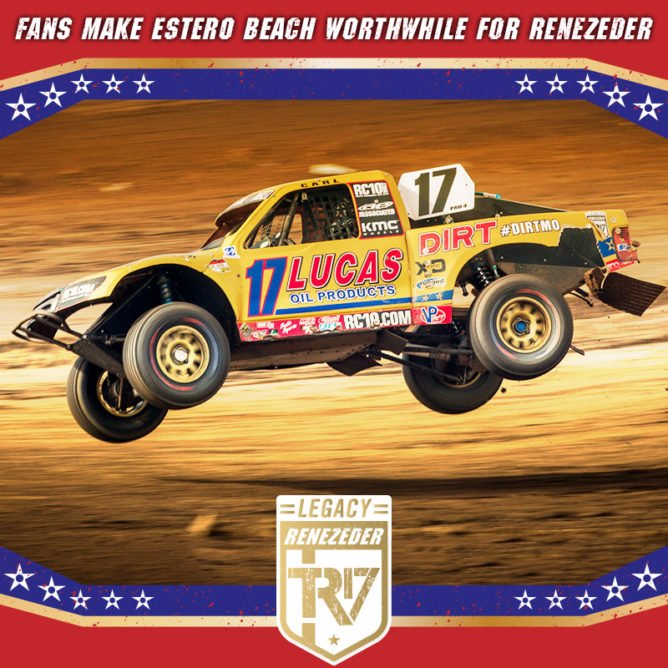 The fans showed up in droves at rounds 3 and 4 of the Lucas Oil Off Road Racing Series held just south of Ensenada, Baja Mexico at the track in Estero Beach. The fervor of Mexican race fans is legendary. During the SCORE Baja 1000, which Carl won in 2007, fans line the course for nearly the entire length. At Estero Beach, they lined up at Renezeder’s pit to say hello and get an autograph or photo with Carl. 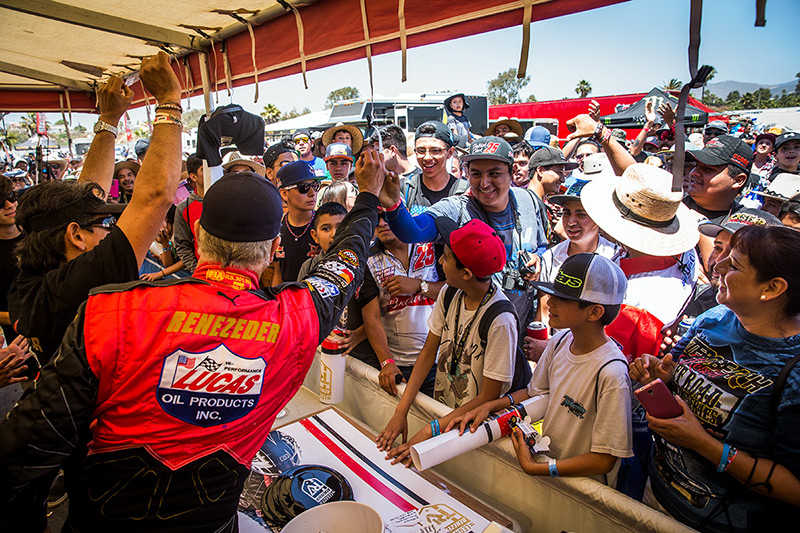 “The fans were phenomenal, “said Renezeder, “They love our team, they love our sport, and they were extremely enthusiastic all weekend. We love going to Mexico and the fans make it that much better.” As this is Renezeder’s final short course racing season, he is concentrating solely on the Pro-4 class. It gives him more time to spend with the fans that he appreciates so much. In addition to the swag handed out by the team, one lucky fan won a #17 Pro-4 Lucas Oil Products / RC10.com Ford remote controlled race car from RC10. 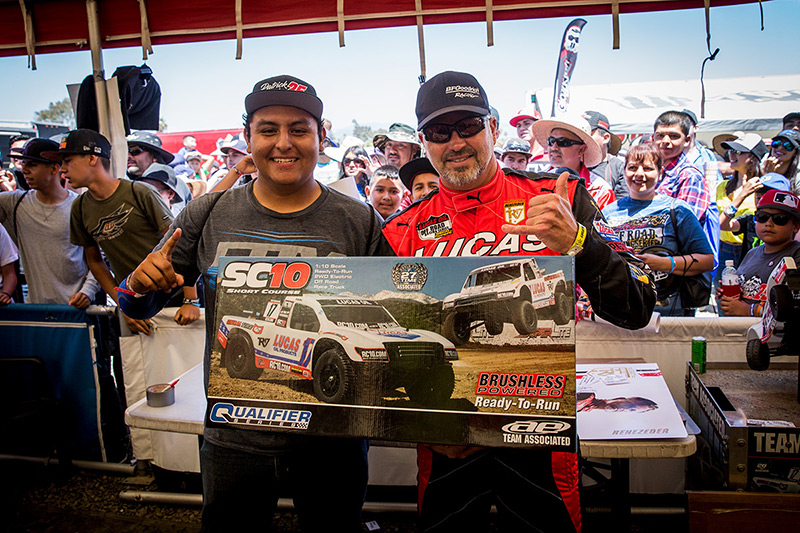 The team had a great time with the fans, but on the track, they struggled. “We missed the set-up just a little bit,” said Renezeder, “We qualified 5th on Saturday which isn’t bad. We have 12 laps, it’s a long race. During the race, the sandy roost was extremely difficult to see through and the track layout made it difficult to pass. 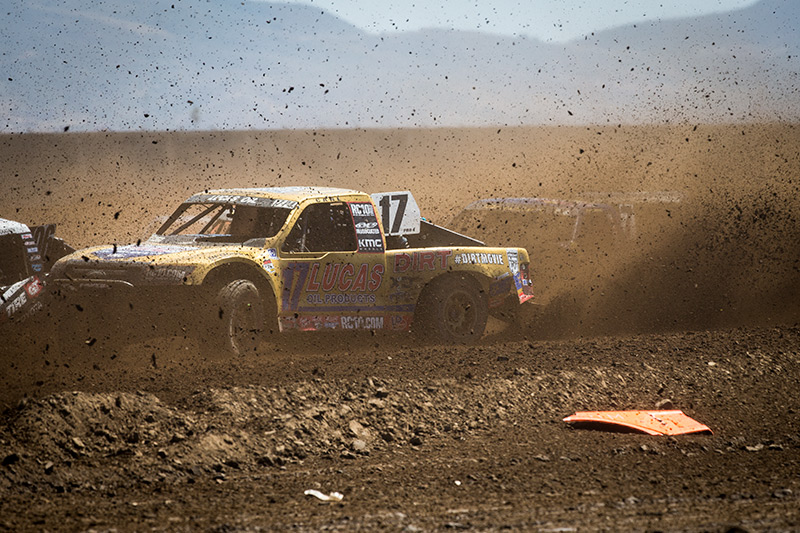 We dropped a couple spots and then we went up to 3rd I think; it was back and forth the whole race. We ended up finishing 7th which isn’t good for us. Honestly, the truck just wasn’t as fast as we had hoped it would be at that track. We were just a little bit off.” 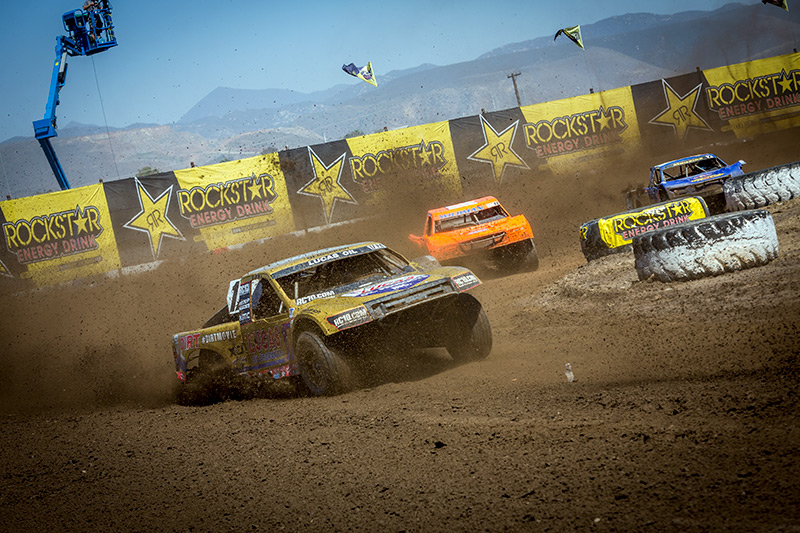 On Sunday, they were running in the pack when contact with other trucks caused front end damage that ended their race. “In the pack it’s really tough back there,” said Renezeder, “It’s difficult to see and hard to navigate through traffic. The sandy surface is really completely different than any other track that we see. We made changes to our set-up for the deep sand that did not pay off but we have a great set-up that worked well for us in Phoenix. We will go back to those settings and after testing will be ready to go in Utah.” 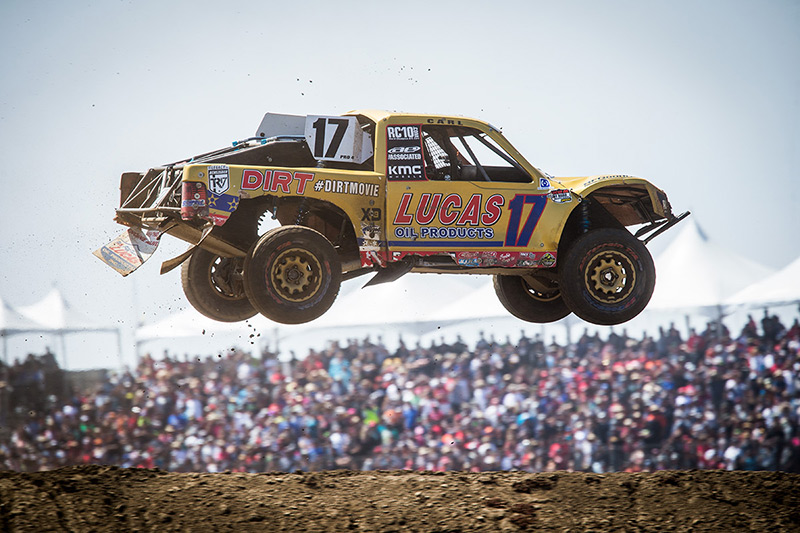 Rounds 5 and 6 on the schedule will be held at Utah Motorsports Campus in Tooele, UT on Jun 24th and 25th. For more information on Carl and the entire TR17 team go to: http://www.teamrenezeder.com/.
Photography By: Bink Designs