There’s unprecedented excitement in short course off-road racing right now, as the Lucas Oil Off-Road Racing Series season comes to a close at Wild Horse Pass Motorsports Park in Chandler, AZ. For the final round of the series, there are multiple championships being determined in Round 15 on Saturday the 22nd and cup races and all of the mayhem that entails on Sunday the 23rd. Don’t miss out on the action because this is shaping up to be an incredible weekend of racing. Here’s a recap on where things stand: 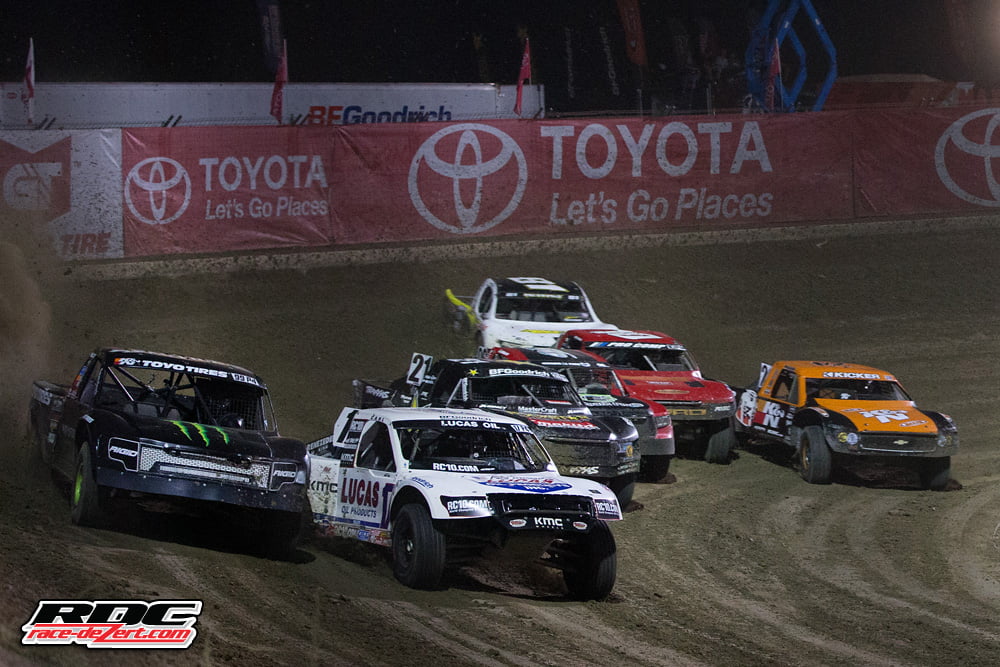 PRO4
It’s never happened before, but two racers are going into the final race tied for the championship. Carl Renezeder and Kyle Leduc are deadlocked at 642 points on the season thus far, which is remarkable since most had written Kyle’s chances off after his poor start to the season.  Since then, Leduc has reeled off nine straight podiums with seven wins. In the final race, it’ll come down to who finishes in front for the championship. As if that wasn’t enough excitement, Rob MacCachren is only thirty points back, so any DNF could cost either of the drivers a top finish for the season. This is as good as it gets when it comes down to determining season championships! 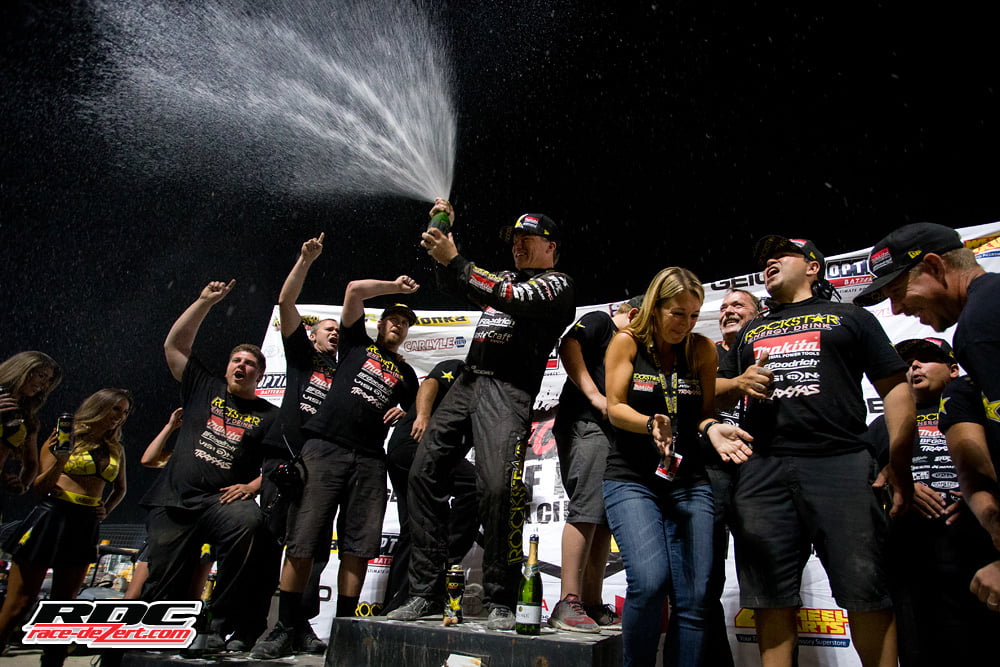 PRO2
Congratulations, Rob MacCachren.  You’re already the Pro2 Champion! Rob was absolutely unstoppable in 2016. However, the race for second and third place is up in the air and there’s a number of drivers competing to round out the top of the season championship points. Right now RJ Anderson sits in second place, with a meager twelve point advantage over Jeremy McGrath. He’s closely followed by Renezeder, who trails third place by six points. Bragging rights are on the line for the final race and anyone has the opportunity to jump into the second and third place spots for the season points. 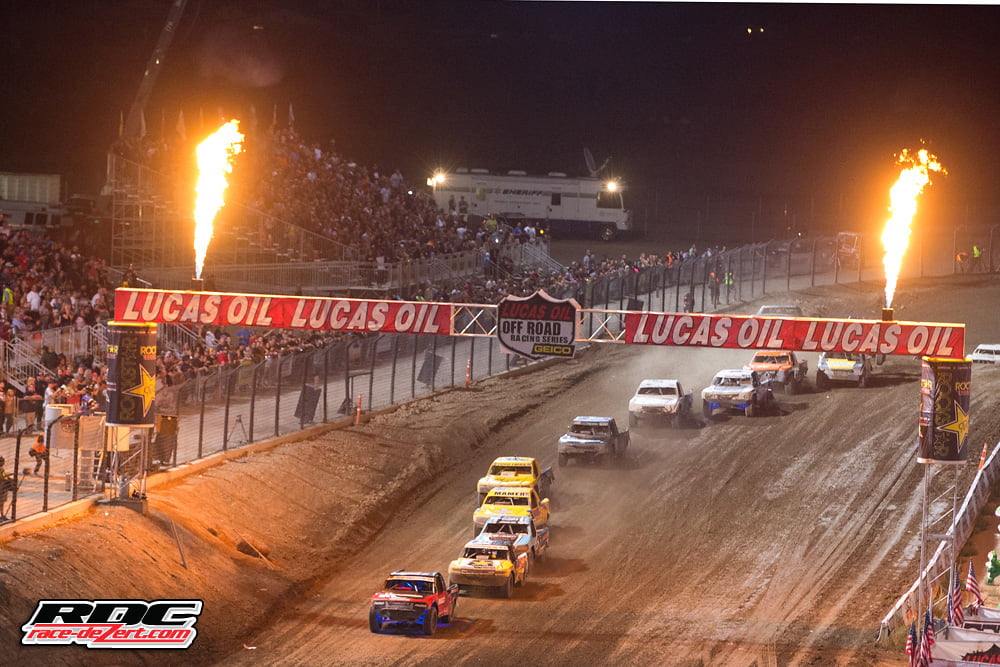 PRO LITE
The Pro Lite championship is almost sewn up by Jerett Brooks.  He basically needs to finish the final race to take his first LOORS championship. Brooks is followed closely by Brandon Arthur, Ryan Beat, and Brock Heger all battling it out for final season points to increase their chances of a top finish. This is an impressive group of young drivers that all have bright futures in off-road racing ahead of them. 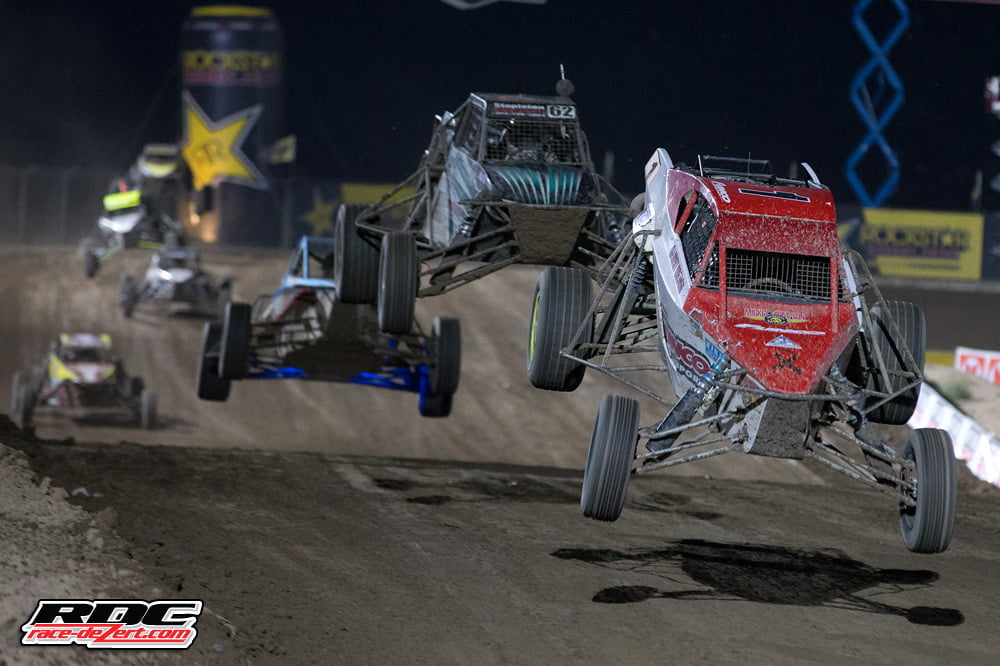 PRO BUGGY
This is going to be a wild finish for the Pro Buggy championship! Four drivers are within thirteen points of each other for the season championship. Here’s how it looks: Garrett George sits on top at 599 points, while Mike Valentine (597), Darren Hardesty (592) and Kevin McCullough (586) are all closely bunched. It’ll be just as easy going from fourth place to first as it is going from first to fourth. Anything can happen in short-course off-road, so this will be the race to catch on this final weekend. 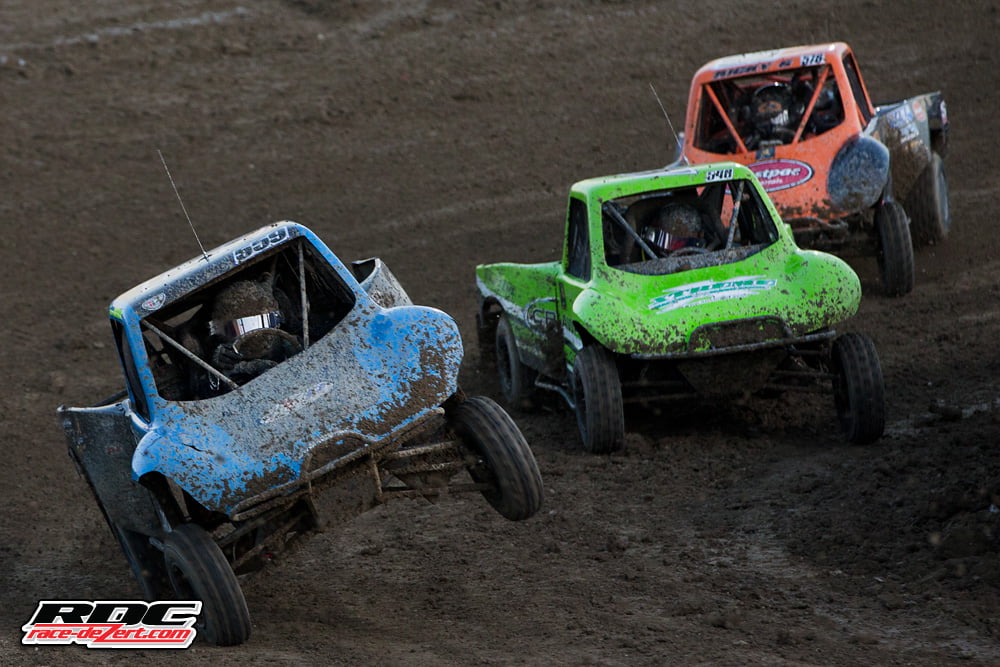 MOD KART
Finally, we’re going to give the Mod Kart class some love as the finale approaches. Hailie Deegan (daughter of Brian) is leading the points race with an eighteen point lead over Trey D Gibbs who has a seven point lead over Christopher Polvoorde. Deegan has been consistent all season with eight podium finishes featuring three wins. Gibbs hasn’t been nearly as consistent but a few points in the final round could land him near the top. Look for a new champion to be crowned in Mod Kart on Saturday.

Finally, on Sunday the season ending cup races are happening. There’s a ton of money on the line and bragging rights as the cup races will bring an end to the season. Since this is the final race for the year, everyone is going checkers or wreckers to grab the cup. Don’t miss it!

Get your tickets HERE and don’t miss out on the action at Wild Horse Pass Motorsports Park in Chandler, AZ on October 22nd and 23rd.