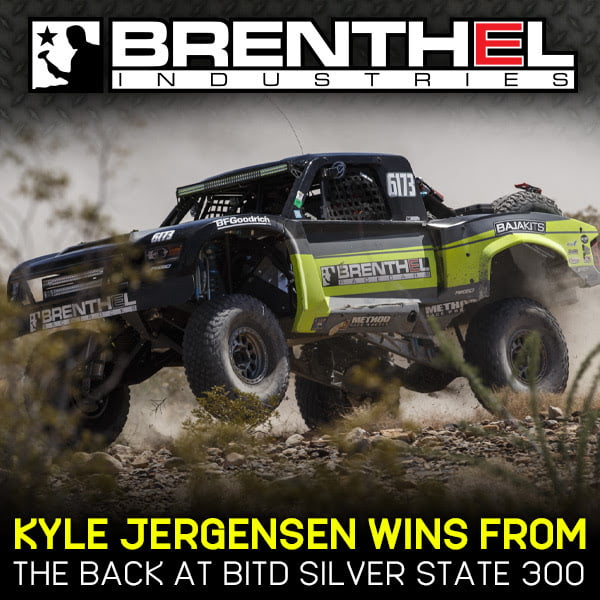 Besides, Kyle Jergensen taking the win from the back, Brenthel Industries had four different 6100 trucks place in the Top 10. Additionally, Brenthel Trucks have won all 3 BITD races this year in the 6100 class. “To sum it up, the Brenthel Gen3 is a strong truck,” Jergensen declared. “We were pushing it hard to gain track advantage, which is very important at this event. To crash that hard and have it fixed by the Brenthel crew and ready to win a race in 4 hours or less is amazing.  I am very impressed with the overall vehicle design that is very fast. The chassis protects the coolers and other important fragile components that could get hurt during a rollover.” Kyle continued, “I have to thank everyone for sticking with me and believing we still had a chance.”

Like the Brenthel Industries team facing and overcoming hardships and hazards, Best In The Desert officials encountered a dire challenge. A late-night storm before the race on Friday saw lightning ignite a wildfire near the course in multiple locations. BITD & BLM reacted rapidly to devise necessary course deviations and after necessary adjustment, got the race underway Saturday morning. The wildfire ended up spreading and officials would later determine to shorten the race to end at Pit 6 for about a total of 220 miles. 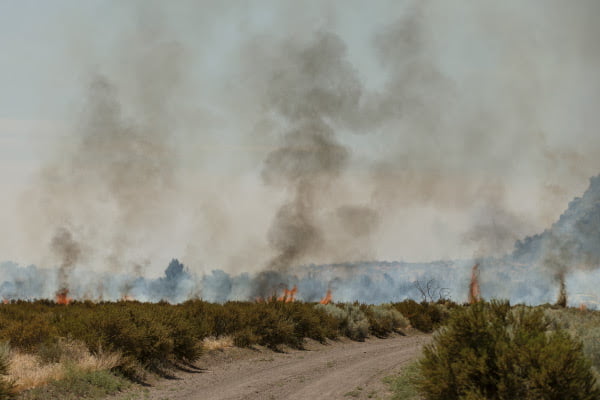 Kyle commented on the come from behind victory; “The race was difficult starting from the back because the dust was horrible. My co-driver Shawn Shanks was on point steering me in the right direction in the whiteout dust. There were times we were driving at 70+ in corners with 20 feet max of vision and relying on his calls. “Right four tightens… Stay on it… A little more to the left… Good, good. Don’t lift…” It was all day and he never skipped a beat. I was impressed.” 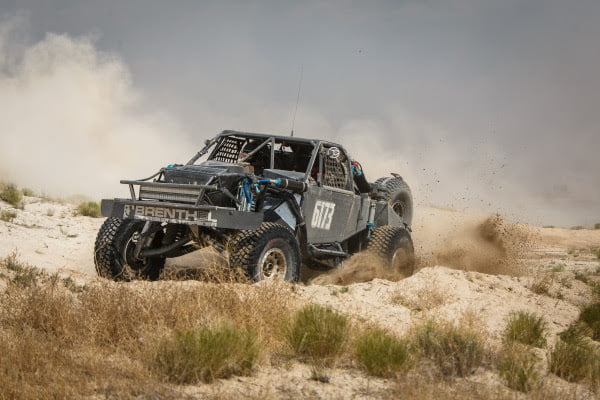 “The pit crew was fast. It was a textbook and flawless by the entire team. Winning the race was a relief because I needed to get the crews trust back. To be honest, I probably never lost it, and no one seemed mad or disappointed because they know the level you have to push to be at the top is on the ragged edge. I was so disappointed in myself that I was psyching myself out into thinking everyone was mad. It was my first big crash, so it was messing with my head. But we bounced back and I’m ready to aim for another good finish at Vegas to Reno.”

Kyle’s come-from-behind winning finishing time was 4 Hours, and 24.518 Seconds and good for 9th overall. The event saw a record of 272 total entries registered and only 163 official finishers. The 6100 division has become one of the most competitive in desert racing and there were 29 Spec Trophy Trucks that started the event with 22 making it to the finish line. 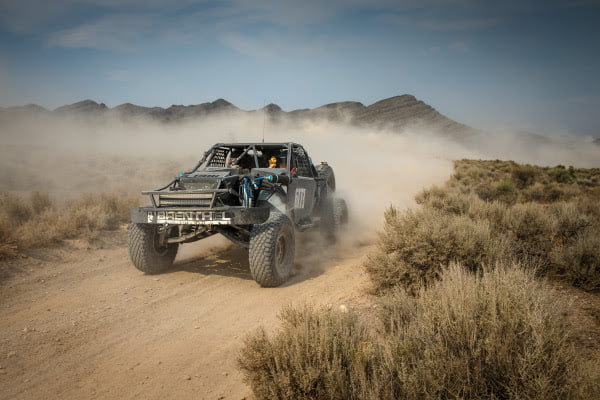 Jeff Bader in the Brenthel Industries #6166 Spec Trophy Truck was only 5 minutes off the winning pace with a finishing time of 4 Hours, 5 Minutes, and 51.635 Seconds and good enough for 6th in class and 15th overall. Kyle Craft in the #6102 Brenthel Truck finished in 8th place and 23rd overall with a total time on the course of 4 Hours, 10 Minutes, and 20.606 Seconds.

Jeff Bader stated, “It was great to be back out racing again after a 4-month break and just a good time to see everyone being able to do what we all love. BITD did a great job of making modifications to the schedule to be in compliance with state rules and on top of all that, having to deal with the fire that caused the race to end short by about 85 miles. They are just on point. Stopping short also meant no real finish line like we usually have with family and crew there to support us. However, despite these issues, it was all worth it to be back racing. Since the Mint 400, our truck has gotten dialed, which reflected in our qualifying and finishing results.”

Bader added, “The race was a bit different in that given the shorter format it felt like a sprint race rather than an endurance race, which also reflected in the close finishing times for the entire top 10. But, as always, my Brenthel truck was prepped and ready to go with no issues. No flat tires, no motor issues, nothing but a flat out sprint. Got to love it!” 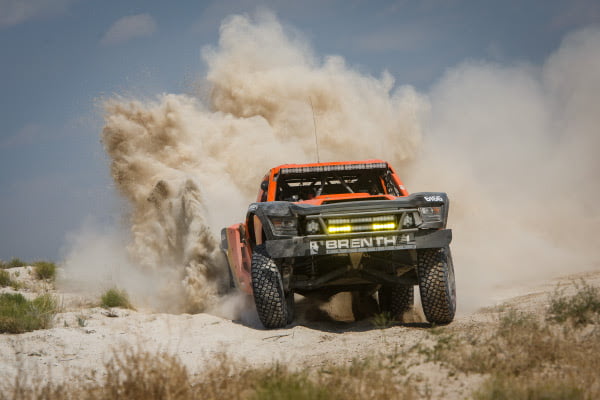 Kyle Craft remarked, “Our weekend started off great with James Dean putting in a solid qualifying run and placing 3rd out of 31 cars. Everyone knows how big and gnarly Apex is and it’s just great for him to get out there and be able to put down a good quick run like that in such a competitive class.”

Craft went on, “For the race, we had a solid plan. James was going to run to Pit 4 and then I would take it to the finish. James did a phenomenal job of keeping his patience battling slower, unlimited cars while staying within the Top 3 physically. Unfortunately, after passing for 2nd place and while trying to get around a slower class 1 car, our truck suffered an electrical mishap. He was down for about 5 to 6 minutes before we were supposed to do the driver change. James got the car to me in 5th position physically at Pit 4. At this point, I knew the race was shortened 80 miles and I had to run it hard. About 40 miles into my run, I caught a Trick Truck that would not get out of the way and kept us from a Top 5 finish. The race just wasn’t a race were the lead pack had an advantage due to all the slower unlimited cars. But I’m thrilled another Brenthel truck won the race and we get to keep the streak going. Vegas to Reno is up next, so I guess it’s our turn to win again.’ Brenthel Industries is the most direct channel to get into off road racing contention. They apply their collective knowledge in CAD design, welding, fabrication, assembly, plumbing, wiring and more into every design. They’re race prep, chase support and Arrive and Drive programs have been developed with the benefit of their own extensive racing experience. When it comes to selecting a builder, you can compromise or insist on the best; Brenthel Industries.

Go to http://brenthelindustries.com or http://www.bajakits.com to find out more about the many services, highly developed suspension systems and race-proven products available from Brenthel Industries.