Preference:  Charlene Bower and Ladies Offroad Challenge winner Megan Stevenson will be reporting live from the 50th Anniversary of the Baja 1000 as they expose the complexity of the BFGoodrich Tires Pit Support Program, highlight all the ladies racing and of course talk racing! This article is by Megan Stevenson:

The hustle and bustle of registration kept us super busy as our main goal was to find all the ladies putting helmets on. However, during those two and a half days and throughout the race I encountered some pretty amazing people with incredible stories. They may not be race winners or headliners, but every story is worthy of a mention… 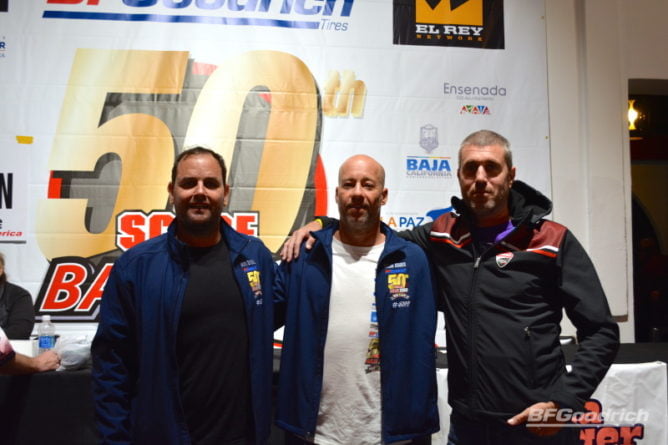 Team 6099 of Joy Biran, Yuval Shitzer, and Eran Reinich came here from Israel. The three have been friends for a long time. They wanted to run the 50th Baja 1000 to celebrate all three of them turning 50 years old this year! They all agreed that they had “problematic priorities”, but they look forward to the challenge and the fun they will have together. 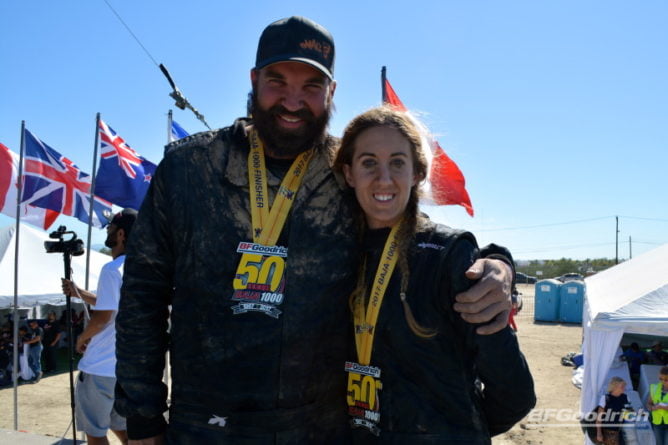 Husband and wife team Jason Vanderborn and Kendall Ballantine from Langley, BC, Canada iron-manned this year’s Baja 1000 in their 1377 Pro Truck. This is their first Baja 1000. It took them 46 hours to complete the race. “We had some issues in the silt beds,” said Ballantine. “Mainly it was trying to drive through the exhaustion.” They ended up winning their class. 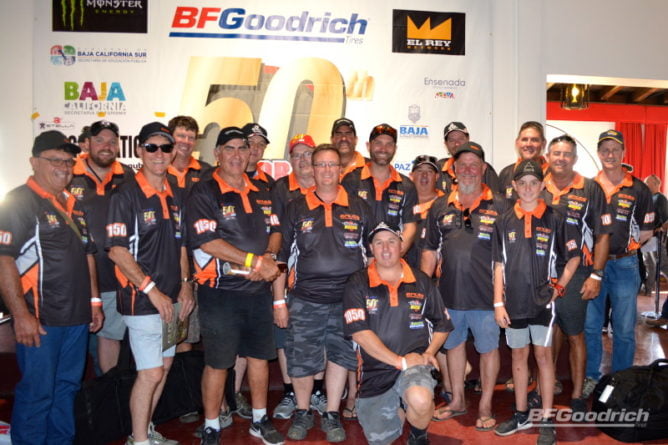 Erceg Motorsports made their way to this year’s Baja 1000 all the way from Australia. They ran the 1050 car competing in Class 10. The team of 20 filled the registration area with laugher and excitement. Including Luke Erceg, owner of the car, there will be 4 drivers and 3 co-drivers. “We love Mexico,” said Erceg. “This is the World Cup for Australia Offroad racers. It’s epic.” Erceg will be doing the first 360 miles with his father, Ben Erceg, as his co-driver followed by another father and son pair, Chris and Rhys Western, doing the next 420 miles. Michael Marson and Talbot Cox will do the next leg, and then Marson and Cox will swap seats halfway through to ride the last leg to the finish. They completed the race and finished 11th in their class. 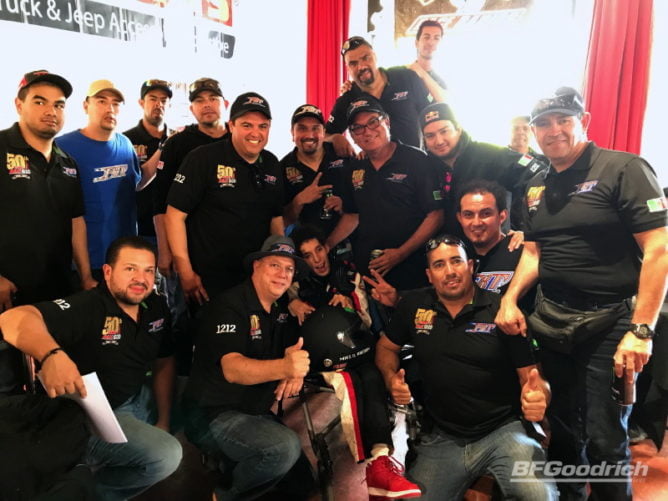 Forasterous Racing gave a dad and his son a very special gift this year. Before Mike Altearn was born his mother became very ill; consequently, the fever left Altearn with permanent brain damage. “He really loves racing,” said Gale, Altearn’s father. A friend of the family who races, Martin, offered to give him a ride about a year ago. “I saw he was so excited,” said Martin. “I wanted him to be my co-pilot for the [Baja] 1000.” Altearn left the starting line in SCORE Lite car #1212 for the first two miles of the race. “I never imagined this happening. Now it’s come true,” said Gale as he wiped tears from his eyes. They whole team of 20+ was there at registration full of joy and excitement to be a part of helping Altearn experience this. 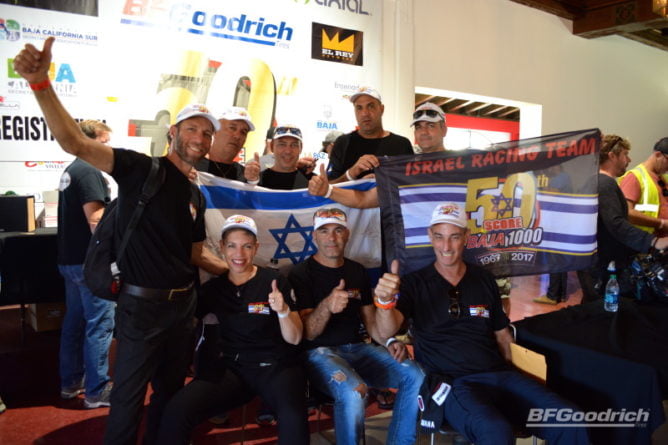 Team Israel Racing headed by Yuval Sharion will be iron-manning this year’s Baja 1000 in the 1802, a Yamaha YXZ 1000. This is not Sharion’s first time iron-manning the Baja 1000 as he did it previously in 2009 on an ATV. He said he was excited at the opportunity to try this challenge again in a different vehicle. He did finish and ended up taking 1st in his class. 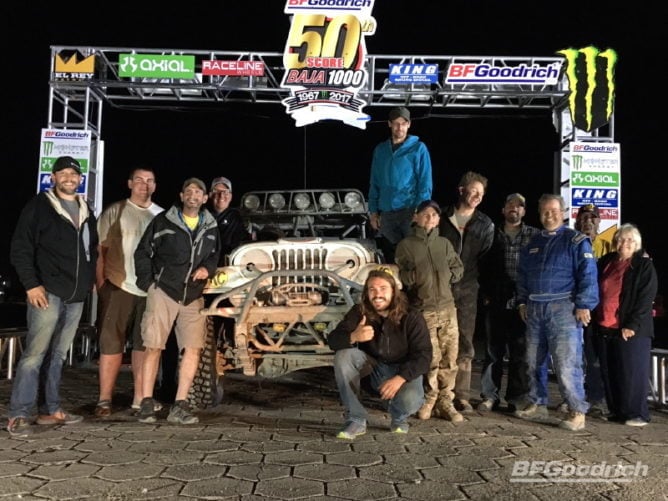 In La Paz, we found Jason Paule who finally finished after 58:31 hours at 1:15 Saturday morning, which was also Jason’s birthday. “We fixed a ton of stuff and should not have worked on the car that much. Once we finally decided we weren’t going to make time, we worked to finish so we would take extra time. We finally finished!” The vintage team V511 was running on 32” BFGoodrich MT Tires. “We took 10 spares, but we didn’t use one. We did get a gouge in a tire at RM600, but it held strong the whole rest of the race. The pits were amazing. The work provided, the welding, and especially Pit 5’s stew! We took a piece of firewood from their fire to put in the suspension to make it the next 40 miles. It worked, but it sure wasn’t an awesome ride.” When the team crossed the finish line it was high-fives all the way around, and they even sang “Happy Birthday” to Jason!

I wish I had been able to chat with more of the teams as I’m sure there are a ton of other amazing and inspiring stories out there. I really enjoyed meeting so many of the teams as they came through registration and then running into them in the pits on our way down to La Paz and at the finish line.

E
Ernesto Araiza
I hoped to see a pic of Al Hogan and Wild West Racing! We need to get you some photos. We love you BFG and Nate!!! Thanks so much for everything you do. Al says over and over again how much he believes your tires are one of the key aspects of his ability to be on top. We love racing on BFG .