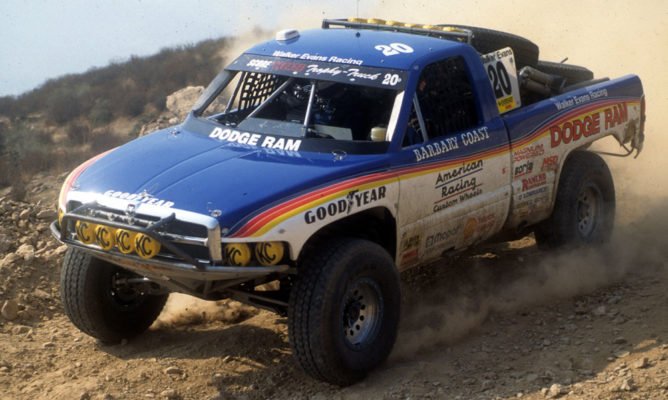 Since the inception of the class in 1994, the Trophy Truck continued to grow in size and weight well into the late 2000’s, where it wasn’t uncommon to see a truck pushing 7,000lbs at the starting line. All this extra mass was making these trucks increasingly difficult to drive and robbing performance.  A problem the team at Jimco Racing identified and were keen to solving. “Why couldn’t a Trophy Truck have all the benefits of a truck but handle more like their nimble cousin, the Class 1 Car?” 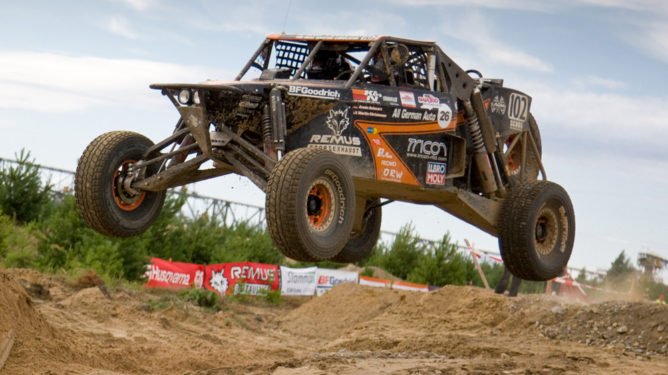 Armin Schwarz and Martin Christensen of All German Motorsports (AGM) were fresh out of Class 1 and had the same idea.  Though the two couldn’t fully concentrate on the project until their very successful Class One Buggy, which clinched the overall victory at the 2010 Baja 250 and had a superb racing season, was sold, the two joined forces and began working on a light weight Trophy Truck. 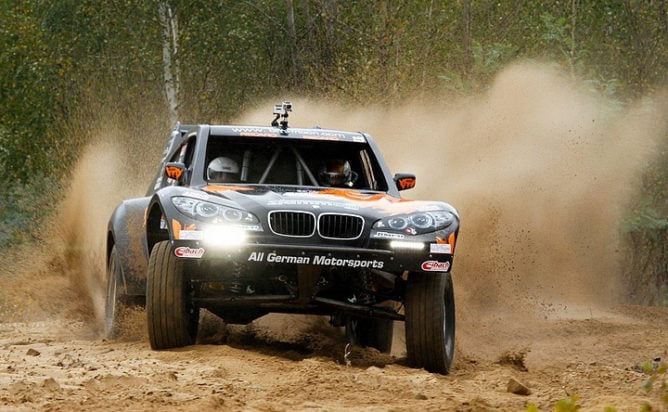 Schwarz and Christensen drew up the first plans in mid-2009 when they were both feeling frustrated at having to start behind all the SCORE Trophy Trucks.  In June 2010, the first drawings were completed. Soon after they developed the first components.  Finally, they shipped their Class 1 Buggy to Australia and dove head first in to this new style Trophy Truck. 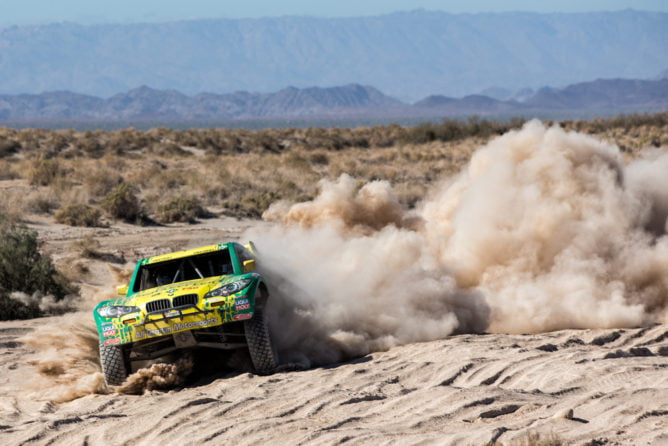 The results of the venture was the 2012 Series Jimco Trophy Truck,  a weight conscious design focused on minimizing excess and making the truck more agile.

This was done through sourcing lighter materials, scrutinizing material thicknesses, rearranging chassis/suspension design, removing heavy bulkheads that were the norm at the time, keeping a close eye on individual component weights and limiting add-ons and none essential spares.

The design created a shift in the market, with manufacturers realizing the benefit gained both from a production and performance stand point. Most of the premier brands now offer a lighter than previous model truck.  Another benefit with the lighter trucks is the driver looking to move up does not need to add wrangling 7,000lbs around the desert to the list of learning curve items as he/she adapts to the new class.

The AGM Jimco Trophy Truck is now up for grabs, as All German Motorsports looks to sell this revolutionary truck with a complete spare package & 20+ BFGoodrich race tires for just shy $250,000.  All in.  Call 760.803.4627 if interested and check out the details in the video above.