As you drive off the podium at the finish line, you roll down to clear a second tech inspection, and then your team leads you to your trailer to load up. You look around at everyone’s faces that supported your effort. They all reflect exactly how you feel as well: elated and exhausted. It’s time for a shower and a nap! 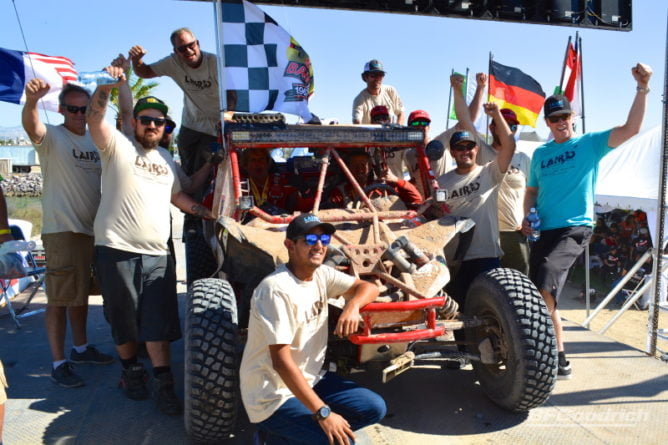 The streets of La Paz are buzzing with excitement and energy, invigorated with the race that is in town. Racecars and chase vehicles roll down the Malecon, some just looking at the scene, others looking to park. Racers and pit crews are ready to celebrate and take a minute to enjoy the casual atmosphere of La Paz and the beautiful Sea of Cortez that creates the border. 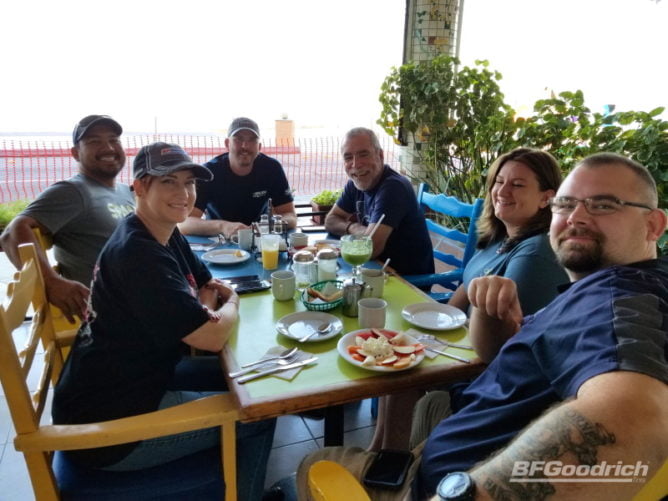 Friends line the street. At the end of the day, racing is a family of many. Walking down the Malecon you can spot the racers with BFGoodrich Tires winners and podium hats, wearing them proudly, as they should. You can spot the crews sitting at a table enjoying a meal without moving. You can see the groups of teams sitting around telling race stories, reliving the moments of the last 30+ hours. There are cervesas and lots of laughing. 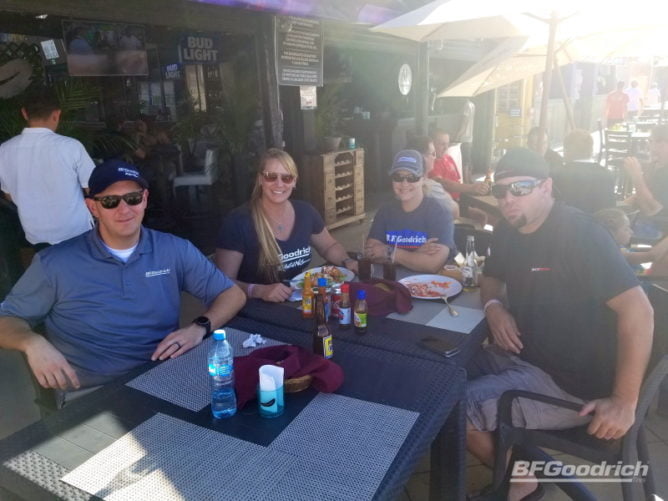 If you walk into a bar in La Paz after the race you never know who you will see. The last stop for our race night in La Paz was at our hotel bar where we were immediately greeted by Cameron Steele celebrating with his whole Desert Assassins group. “Our team ran a great race. Both trucks did great, and our team was on point. Of course, we are still the first losers,” smiled Cameron Steele who took second by 59 minutes. 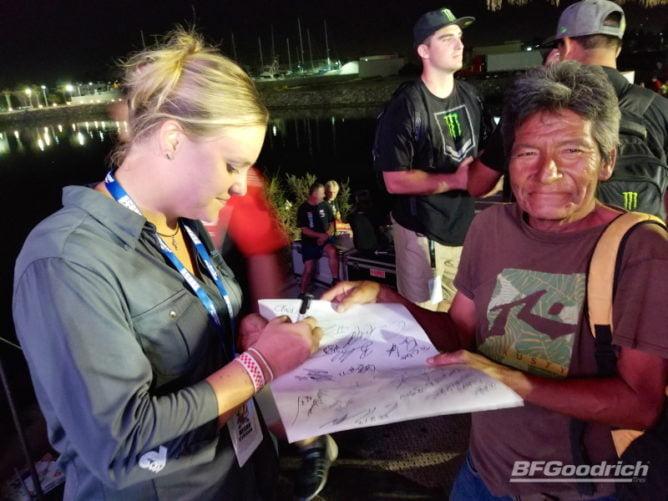 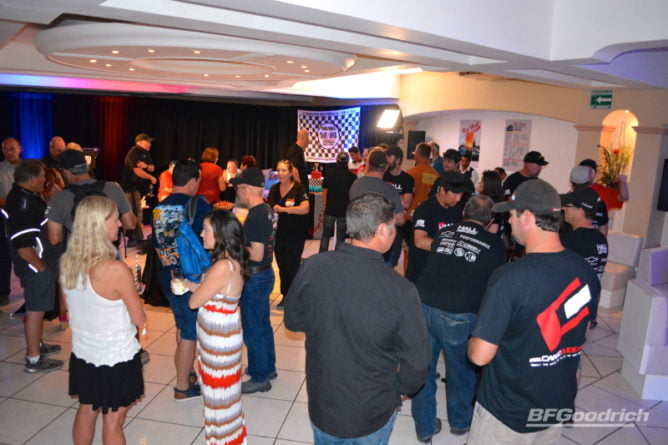 The party of 2017 was hands down Rod Hall’s 50/80. It was in celebration of his 50th year racing the Baja 1000 and his 80th birthday party. Hosted by Amy Lerner, and supported by Off-Road Motorsports Hall of Fame, the party was held at the La Pursa hotel in the exact same room that the first 1969 SCORE Baja 1000 awards ceremony was held. “Rod, do you remember this room? We were all packed in here, and it was dense with cigarette smoke when we awarded those first trophies,” said Sal Fish with his distinguished laugh. 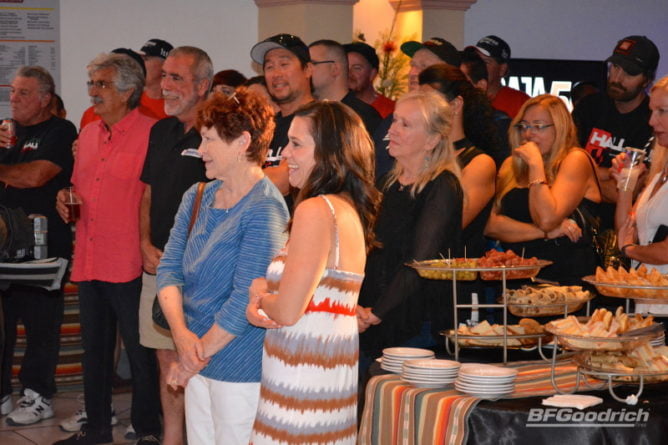 Donna, Rod’s wife of 57 years was never outside of his eye range. His son, Chad, and his wife, Rod’s granddaughter, Shelby, with husband Alex were all in attendance. “This is so special. I love watching him laugh and smile with all his friends,” said Shelby Hall. 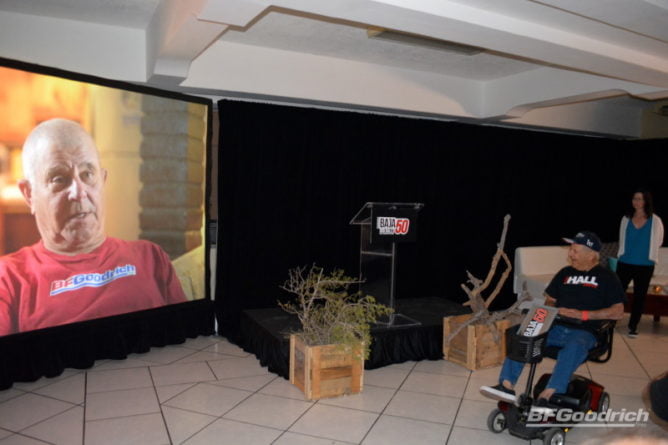 Amy Lerner has been responsible for Rod’s documentary film that will debut in the spring of 2018. As part of the party, the trailer was shown. There were very few dry eyes in the room, but there were also a ton of laughter as Rod threw down short quotes that bridge the storyline. This will be a must-watch movie because as Rod Hall said, “Racing is like drinking beer, you can’t just have one.”