All Roads Lead To The Baja 1000 For McMillin Racing

This year’s SCORE Baja 1000 race is special. Not only is it a peninsula run, but it’s also the 50th anniversary event. Running the entire length of the Baja Peninsula is grueling, and it poses additional logistical challenges for the teams. With such a significant race at stake, McMillin Racing, Safecraft Safety Equipment, and CLP Motorsports, came up with a detailed plan of attack at the beginning of the 2017 season. Many racers get together and share the driving duties. McMillin Racing has teamed with a pair of extraordinary drivers that bring tons of experience along. Dan McMillin will be the driver of record and racing with veteran Gary Weyrich in the #23 TSCO Trophy Truck. Luke McMillin will be sharing his Racer Engineering #83 trophy truck with Baja legend Larry Roeseler. In addition to countless class wins, Roeseler has won the Baja 1000 overall, 13 times. 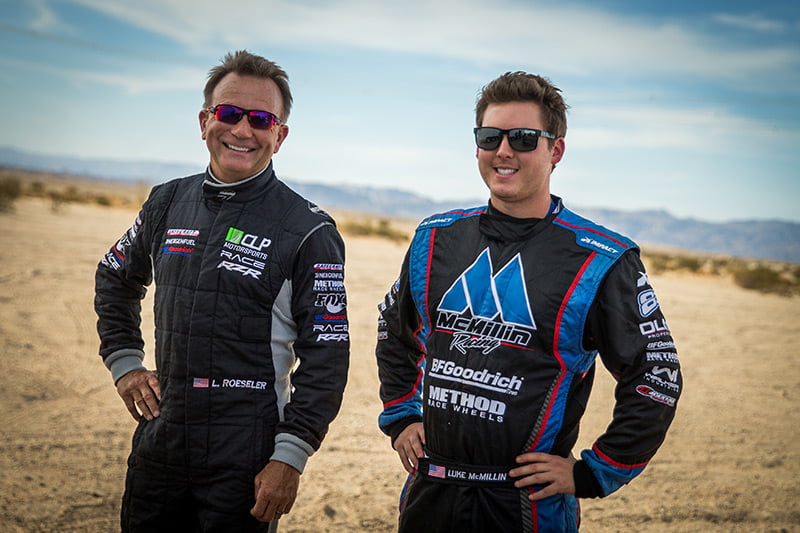 “The team has done an awesome job leading up to the race” said Luke McMillin, “We have been practicing pit stops, coordinating our chase team strategy, and the perfecting the overall plan. I’m very excited about driving with Larry Roeseler. We have spent the entire summer testing together. We are both really confident in the team and the truck. I’ve looked up to Larry my entire life and know he’s the best of the best in Baja. Just talking about racing, and riding next to him in the truck, I’ve gained a lot of knowledge.” 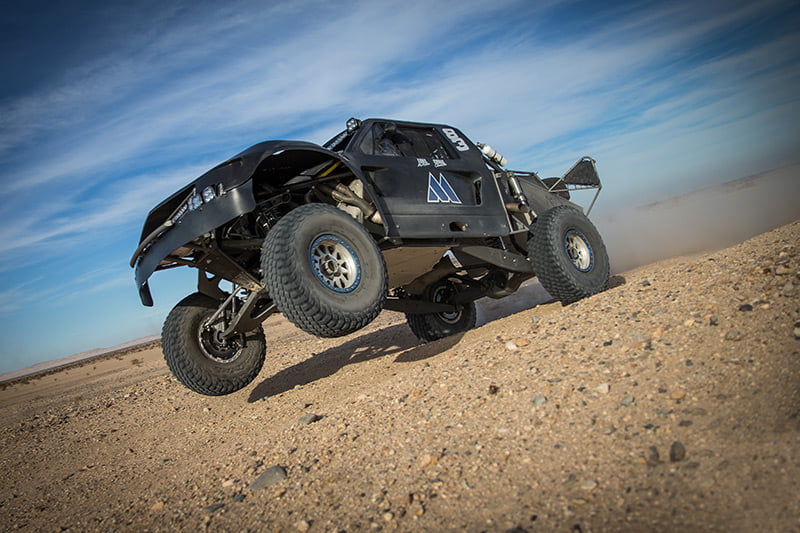 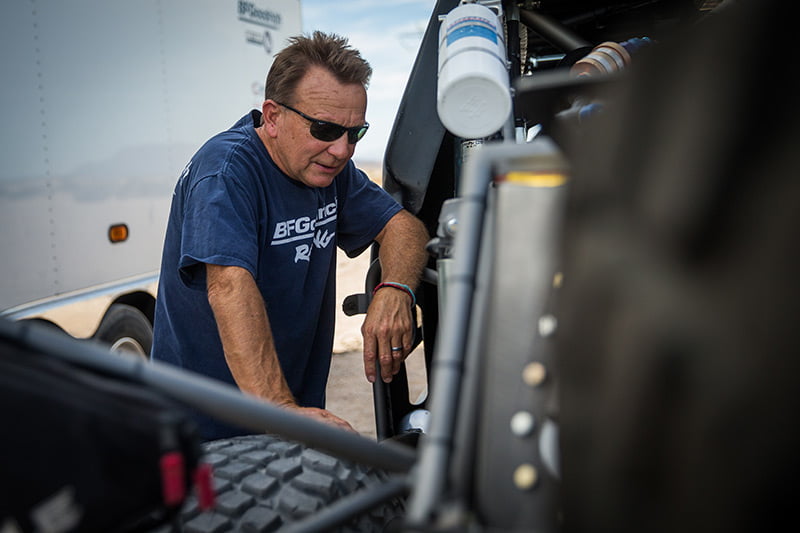 In addition to working with the two drivers, the McMillin Racing team has put an incredible amount of time into preparing the trucks. “Preparation for the Baja 1000 has been our focus for the entire year,” Dan McMillin stated, “We missed the Vegas to Reno race so we could tear both trucks down to the bare chassis. Every nut and bolt has been scrutinized and it gave us a chance to paint the frame with STEEL-IT. We have been coating our suspension parts with STEEL-IT polyurethane and it worked so well, we decided to coat the chassis on both trucks.” 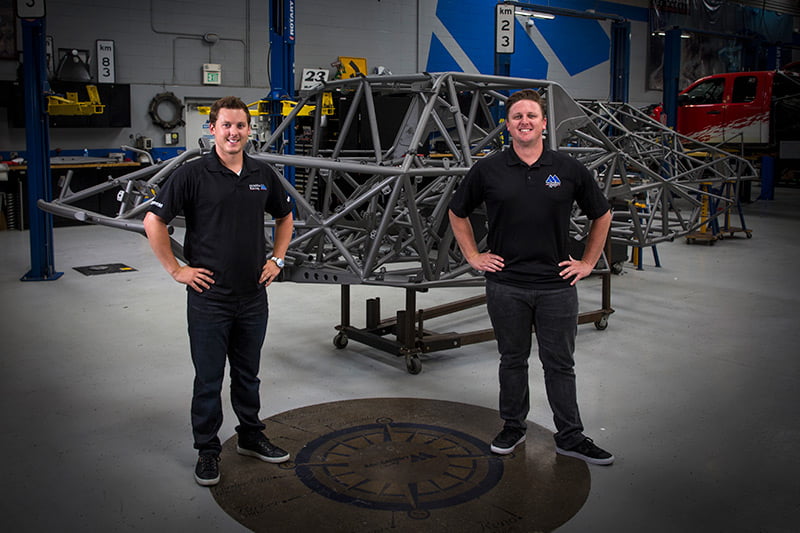 The entire McMillin team has put in a team effort to make sure the trucks are in top shape, including the pre-runners. “All four of the pre-runners got a full prep, from the drivetrain to the suspension. There are so many aspects of preparation necessary to have a successful Baja 1000; the hard work and long hours begin long before we get to Mexico.” 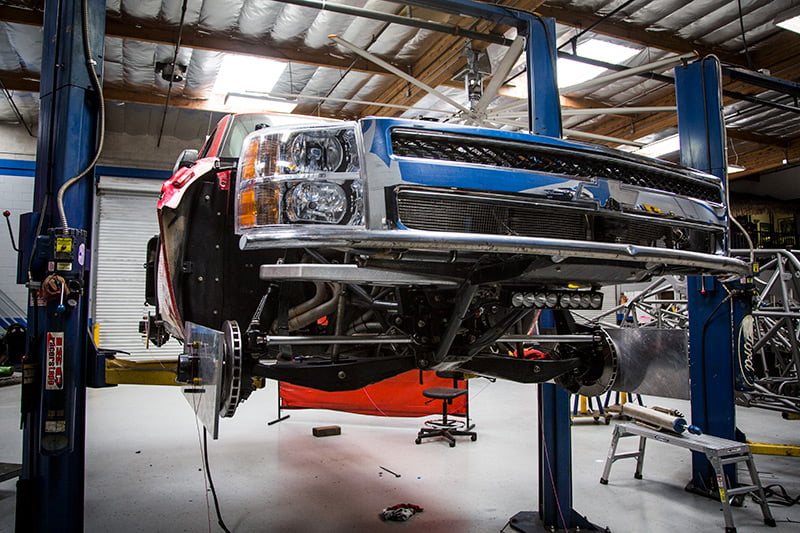 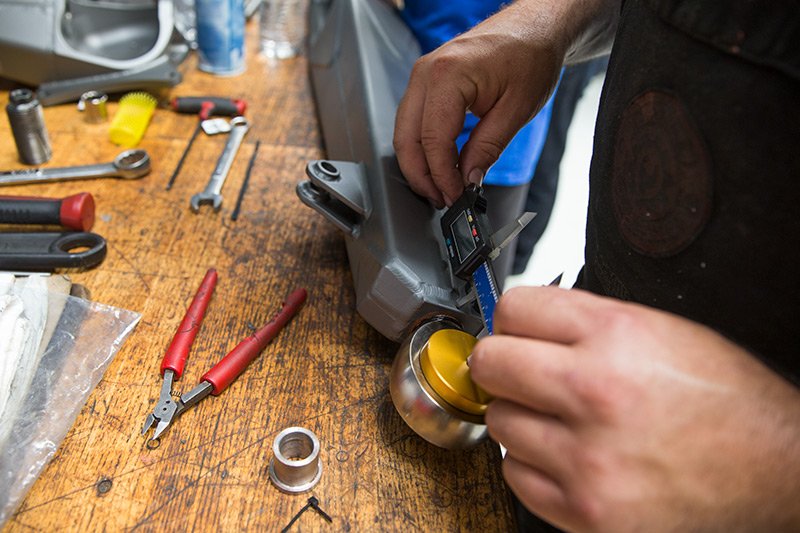 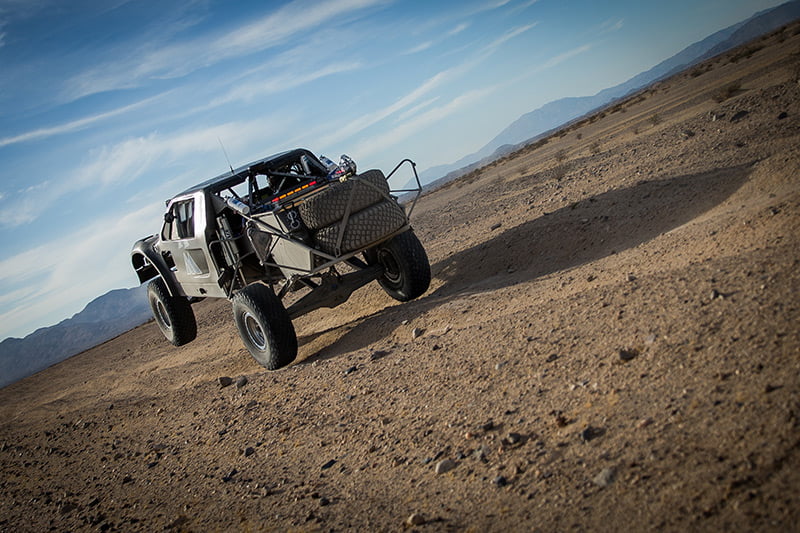 “We’re putting in a huge effort,” says Luke, “The 50th Baja 1000 is a big one that everyone wants to win. I think we have put together a very competitive effort to go for the victory.”

About Dan McMilln / TT #23
Dan McMillin has been driving offroad vehicles since a very young age. At 28 years old, he has already been racing competitively for over a decade. His father Mark and Grandfather Corky are icons in the sport. Dan is following in their footsteps and has applied their lessons well. He won his first race ever, driving a 1600 buggy, and has since worked his way up to the premiere class in the SCORE series, Trophy Truck. A calculating and controlled driving style has allowed Dan to finish every Baja 1000 he has entered from his earliest days in a 1600 buggy, driving an unlimited class one car, and in his Trophy Truck. Dan is building a solid reputation as a top contender in the Trophy Truck class and has a special competitive streak when it comes to racing against his younger Brother Luke who is also behind the wheel of a Trophy Truck this season.

About Luke McMilln / TT #83
Luke McMillin has been around offroad cars his entire life. Having mentors like his father Mark, a five time overall winner of the Baja 1000, and Grandfather Corky, has given Luke great insight at only 23 years of age. He began racing in the 1600 limited buggy class, where he finished consistently on the podium. In 2010, he won the 1600 class championship in the SCORE series. He backed it up with a second straight championship in 2011; winning both the Baja 500 and Baja 1000. In 2012, Luke moved up into an unlimited class one car in the SCORE series. He won all three Baja races, the San Felipe 250, the Baja 500, and the Baja 1000. In 2017, Luke is competing against a highly competitive field, including his Brother Dan, in the Trophy Truck class. Look for Luke to use the same attention to detail and competitive drive he has in the past.