Andrew Myers of TE Motorsports and his family have decades of experience in desert racing and have raced everything from Class 10 Buggies, Class 1, and even a Spec Trophy Truck. In 2017 they placed second at the legendary Baja 500 in the Trophy Truck Spec class, then eventually sold the truck and continued to race their Class 1 Buggy. Now they are back in a truck and ready to take on anything with their all-new Herbst Smith Fabrication Trophy truck Spec known as the 6100 class. The Trophy Truck Spec class is one of the fastest-growing categories in off-road racing, not to mention one of the most competitive. So, how does a Trophy Truck Spec differ from an unlimited Trophy Truck? The engine, that’s it. Each truck must have a sealed GM or Ford motor that is entirely stock; as for the rest of the truck – you are unlimited. Keeping that in mind; Andrew, purchased this truck to race it in 6100 for a while and eventually put an 800 plus horsepower engine and go race with the big boys. When initially searching for a truck builder he kept two things in mind: performance and reliability which left him with one option the legendary Herbst Smith Fabrication. Let’s look at this spectacular marvel of engineering they have acquired and see what makes it so great. The truck was built by Herbst Smith Fabrication and finished in May 2020, known as chassis #19. Andrew spared no expense when building this truck, and it is visually apparent. The exposed bare carbon is placed throughout the truck and saves a staggering 150 pounds over utilizing sheet metal and fiberglass – even the 96-gallon fuel cell is made from carbon fiber.

The power plant propelling this beast through the harsh desert terrain is a Turnkey Chevrolet LS3 mated to a turbo 400 trans with a Weismann Underdrive, allowing for further gear reduction for the differential. Typically an LS3 is not much power to get these trucks up and moving, so drivers tend to keep the RPM’s high. To help with that, they installed paddle shifters allowing for shifting on the fly. This is just one example of how far the off-road industry has come in engineering and technology, the off-road legends, Herbst Smith Fabrication are no exception; they have taken what they have learned over the course of decades of building and racing and applied it to a stout platform. So far, the truck has four races under its belt, and the TE Motorsports team plan to take it to King of Hammers, the Mint, and even Baja – we can’t wait to see how it performs in the desert. Could this be the winning recipe? They have already proven they have the chops to win down in Baja as they proved with their early Mason Truck, now  that they have an all new truck that is near perfect this could show great promise. 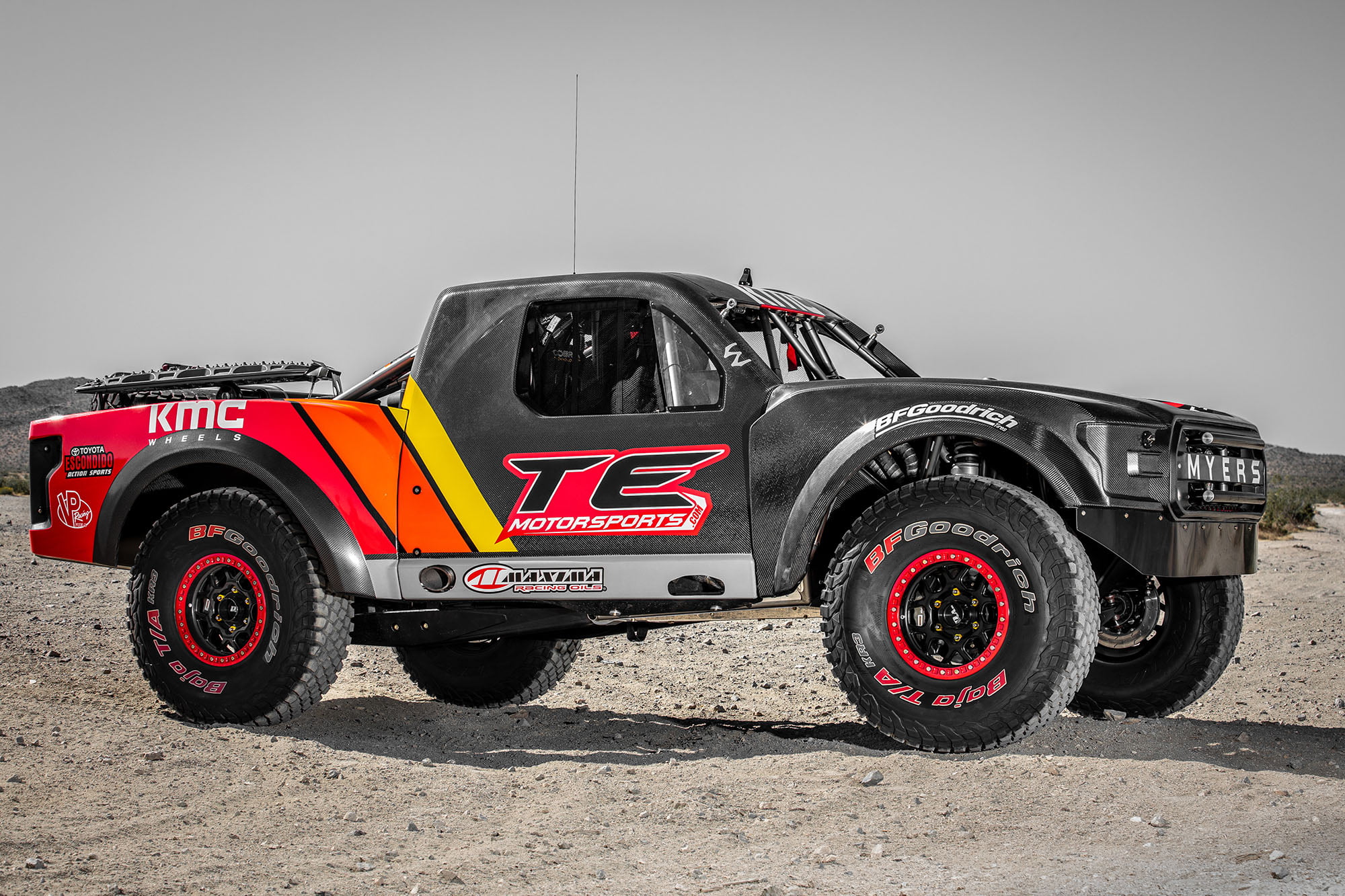